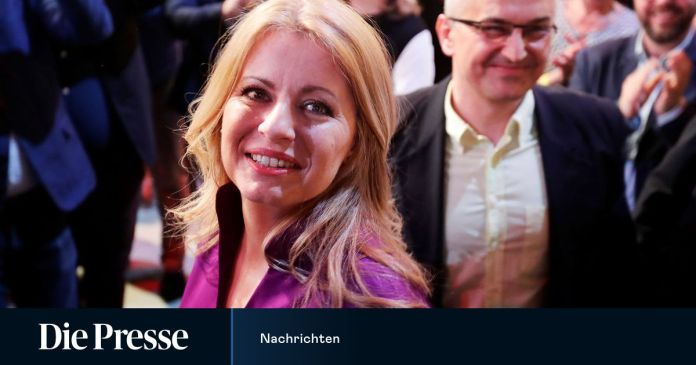 The Minister of Justice has resigned, and Deputy Prime Minister Sulik submitted the resignation.

The coalition is crumbling in Slovakia. Justice Minister Maria Kolikova announced on Tuesday that she was the fourth member of the government to resign within a few days. The four-party coalition led by the populist-conservative Prime Minister Igor Matovic has been arguing hopelessly for months about the right strategy to combat the corona pandemic. On Tuesday, President Zuzana Caputova called on the prime minister, who had already announced his resignation, to resign.

On Friday, Health Minister Marek Krajci, who belongs to the Matovic Ordinary People (OLaNO) party, resigned as a symbol of the chaotic Corona policy. The right-wing populist labor and social affairs minister resigned from his office.

The liberal economy minister and deputy head of government Richard Sulik, in turn, submitted his resignation as Matovic’s main rival within the coalition on Tuesday shortly before Kolikova. Caputova accepted both resignations. She commissioned Transport Minister Andrej Dolezal from the right-wing populist Sme rodina (We are Family) party to take over the Ministry of Economic Affairs on an interim basis, and Investment Minister and Party Leader from Za luid (For the People) the Ministry of Justice.

The lawyer Kolikova, who comes from the smallest ruling party For the People (Za ludi), had – like Sulik – declared that she could no longer remain in a joint government with Matovic. The two smaller coalition partners accuse Matovic of arrogance and blame him mainly for the fact that Slovakia recently recorded more corona deaths in relation to its population than almost any other country in the world.

Corona: the number of deaths in Russia is more than twice...

Draft for deliberations: Chancellery for lockdown by April 18th

Spenger is suing a curfew in the Herford district

Fires in Karlsruhe and Pforzheim: damage worth millions – SWR news