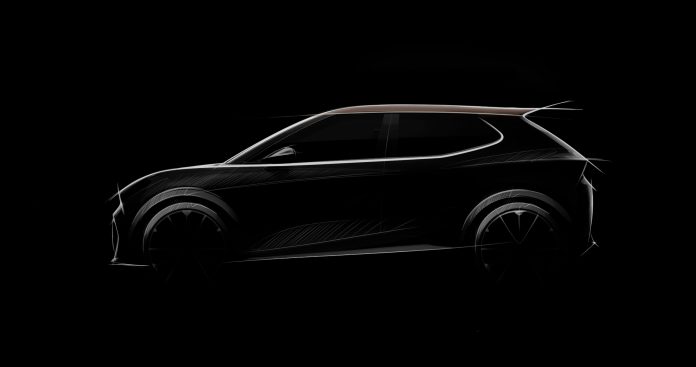 
The Polo in its classic form will probably be retired on time for its fiftieth birthday. In view of the very strict Euro 7 emissions standard and the regulations on fleet consumption, it will be virtually impossible for manufacturers to offer a small car with a combustion engine from 2025 onwards. At the same time, the current, now sixth generation, after eight years of construction, is slowly reaching the end of its model cycle. This spring, the small car built in Pamplona is to be made fit for its final years with an extensive model upgrade, but extensive electrification of the drive range should not really be worthwhile in view of the high development costs.

Instead, the VW Group has preferred the development of a shortened version of the modular electrical construction kit (MEB). However, due to the space-consuming batteries and the current Euro-NCAP requirements, the platform offers relatively little scope for downsizing. Herbert Diess has already announced that a smaller ID model, available from 2025, would probably end up around four meters in length. For comparison: the electric Golf counterpart ID.3 is 4.26 meters, while the current Polo stretches to 4.05 meters. The dimensions of the new entry, which is expected to be named ID.1 and costing around 20,000 euros, could therefore be similar to those of its traditional predecessor.

However, the specialist magazine Auto Motor und Sport considers this to be difficult to achieve. Compared to the ID.3, the wheelbase could be shortened by just seven centimeters to 2.70 meters. Since a certain crumple zone has to be preserved, the overhangs at the front and rear can hardly be reduced at all. In the end, the car magazine has a total length of 4.19 meters. Quite apart from the size, the rear-wheel-drive “small car” in VW’s typical ID design should arrive: That means: Of course no radiator grille, short overhangs and a flat nose.

A smaller battery and less horsepower

Obviously, the electricity storage facilities are also likely to shrink somewhat. The maximum capacity of the lithium-ion batteries could be reduced by ten units to around 38 kWh compared to that of the ID.3 Pure. Volkswagen may be using lithium iron phosphate batteries for the first time in the smallest ID model. These are not only cheaper to manufacture, they also get by without the rare raw material cobalt. On the other hand, they are heavier and reduce the range of e-cars.

On LinkedIn, the Group’s CEO some time ago highlighted the advantages of this cell chemistry in the small car segment. The ID.1 should also have a technically closely related crossover brother. This will probably be called ID.2 and start at just under 25,000 euros.

The small e-cars come from Spain

Seat has now announced at its annual press conference that it will also use the base for a small SUV. At the same time, they published a first design sketch of the “Urban Electric Vehicle”, which could replace the Arona from 2025. The closely related e-cars from VW, Seat and Cupra are expected to be built in Martorell, Spain. This is supported by the fact that the group would like to convert the Seat plant completely to the production of battery-powered vehicles. In addition, VW announced at its “Power Day” that one of its six planned factories for battery production is to be built in south-west Europe. Other candidates for ID.1 production are Emden and Bratislava in Slovakia. Due to the high wage costs, the factory in East Frisia is likely to have the smallest chance.

Pankower Tor: These are the plans for the Berlin quarter of...

USA: Trump loses support from his Republicans – impeachment proceedings from...