With the dismissal of the central bank chief, who was only appointed in November, the Turkish head of state Recep Tayyip Erdogan is exacerbating the crisis in his country and arousing fears that it will spread to other emerging countries.
Markus Diem Meier

The Turkish lira fell by around 10 percent against the dollar over the weekend. The Turkish stock market also lost value to roughly the same extent. The country’s long-term Turkish government bond yields have skyrocketed from 14 percent to 19 percent. They show what the government has to pay for its debt.

The reason for the dramatic development is the dismissal of the Turkish central bank chief Naci Agbal by the head of state Recep Tayyip Erdogan at the end of last week. The latest developments not only raise concerns about Turkey, they also fuel fears of a crisis in other emerging countries.

Agbal had only been in office since November, during which time he has succeeded in stopping the long-lasting decline in the value of the lira and rebuilding some confidence in the country’s economy. In the past two years, Erdogan has replaced the central bank chief four times because he did not agree with his approach. Such an approach would be impossible in Switzerland and in most other developed countries because the constitution and laws there guarantee the central bank’s independence from politics.

The cause of Agbal’s dismissal was his decision last week to raise the country’s key interest rate by 2 percentage points to 19 percent. Other emerging countries are currently under pressure to raise their interest rates, which is related to developments in the USA.

Among other things, because of the $ 1.9 trillion financial package by the Biden government, long-term interest rates have recently risen significantly. This makes dollar investments more attractive compared to emerging market currencies. This threatens a significant outflow of capital and the collapse of these currencies. To prevent this from happening, they come under pressure to raise interest rates for their part as well.

Turkey is a prime example of this starting point. Both the private sector and the state are heavily indebted abroad. These debts get more expensive as the lira weakens against the dollar. This increases the likelihood that the country could become insolvent, which is already evident in rising yields on government debt and higher premiums for credit default insurance.

If the development in a country like Turkey arouses the fear of international investors, they look for parallels in other emerging countries. According to the international financial media, South Africa and Brazil in particular must fear that the distrust of Turkey will spread to them.

Despite these international contexts, the development in Turkey has predominantly domestic causes. Naci Agbal, who was shot by Erdogan, wanted to use the interest rate hike to combat the high inflation rate of around 15 percent in the country. This also requires a stabilization of the currency: if it devalues, the result is that the goods and raw materials required from abroad for consumption or production become more expensive in Turkish lira. Another cause of the rise in prices was the aforementioned sharp increase in private and public spending, financed through debt. Higher interest rates also help against this.

For Erdogan, high interest rates are the cause of the rise in prices, which contradicts economic theory and the experience in Turkey.

But Erdogan doesn’t want to know anything about it. In his view, high interest rates are even the cause of the rise in prices, which contradicts economic theory and the experience in Turkey. According to observers and surveys, Erdogan has lost significant support among the Turkish population in view of the difficult economic circumstances and the neglect of measures to contain the corona crisis. Now he hopes to prevent higher interest rates from causing the debt-driven economy to collapse even faster.

As the successor to Agbal, he has enthroned the largely unknown economics professor Sahap Kavcioglu, a loyal devotee and like-minded fellow at the central bank. Kavcioglu was a member of Erdogan’s ruling party, the AKP, and has so far also spoken out against rate hikes.

Even the new one can only fail

Ultimately, it can only fail, because there are only three very inconvenient alternatives to higher interest rates to stabilize the currency: firstly, support purchases of lira on the currency markets, secondly a rescue package from the International Monetary Fund (IMF) and thirdly, a ban on the free movement of capital.

In view of an extremely thin cushion of foreign exchange reserves, Turkey’s support purchases are implausible and therefore ineffective, as the funds for them are quickly used up. Erdogan rejects an aid package from the IMF because it would amount to a serious disgrace for him. And preventing the free movement of capital would completely ruin confidence in Turkey. The government and the central bank are therefore rejecting this option.

Kick-off for the eSports league and the free lite version 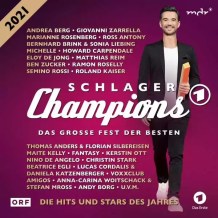 Sampler “Schlagerchampions” no longer ranked number 1 in the compilations