Good news from the animal kingdom: In Switzerland and Liechtenstein, twelve more mammal species were detected in the largest survey carried out to date than in 1995. However, there is no reason to give the all-clear: small species are endangered.

Some of the animal species such as wolves and otters are back, others such as the golden jackal and gorse cat have been rediscovered. Still others were at the comparative study 25 years ago – Jacques Haussers «Mammals Switzerland »- has simply not yet been recognized as a separate animal species, as was specified at an online media conference on Tuesday.

Under the direction of the Swiss Society for Wildlife Biology, 70 researchers worked on the “Atlas of the Mammals » Contributions contributed. The book is based on 1.141 million observations and is the most comprehensive that there has ever been on the subject: attractive, clear and understandable, just as suitable for specialist libraries as it is for family libraries.

The main purpose of the atlas ›is indeed to provide a basis for the promotion of species, but it is also intended to sensitize the population, as was set out in the FOEN’s 2017 Biodiversity Switzerland Action Plan.

That the population at home Mammals was interested, it was shown that many volunteers took part in the seven-year data collection as part of “Citizen Science” projects. Without them it would not have been possible, it was said in the media conference.

For example, in the “Show me your mouse, cat!” of the Naturmuseum Solothurn: The population of the Bern-Solothurn region was called upon to document the prey animals that their domestic cats brought home. From the data received, we learned a lot about shrews that we did not yet know, said Hubert Krättli in front of the media.

Laypeople also took part diligently in the hedgehog project: 160 volunteers were entrusted with checking for tracks in an area of ​​one km2 track tunnel. These studs are lined with cardboard and contain an ink pad that animal passers-by step into and then leave their prints.

100 years ago there weren’t even deer left

The progress that has been made in recent years – also thanks to human help – may be impressive. Compared to 100 years ago, they are downright sensational, as can be read in the foreword of the book. At that time, ibex, red deer, roe deer and wild boar were exterminated in Switzerland, there were only a few chamois, aurochs, bison, wild horses and elk had long been gone.

It was five to twelve when the 1876 Act on Hunting and Protection of Wildlife Mammals and birds was enacted. With the exception of the bison and the elk, all species have now returned. To the little ones Mammals Of course, things are not as good as the atlas shows. Settlement development, people’s leisure time behavior, loss of habitat and fragmentation of the landscape, environmental toxins and light pollution are extremely detrimental to the little ones.

“We have to do everything we can to ensure that the smaller, more inconspicuous species do not disappear,” writes Reinhard Schnidrig, head of the Wildlife and Species Promotion Section at the Federal Office for the Environment (FOEN) at the beginning. “This mammal atlas of Switzerland shows us where what help is needed (…) May this valuable work find the widespread distribution it deserves”.

22,771 new infections in Germany on Sunday

After separation from Jasmin: Willi Herren has himself tattooed 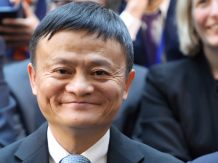