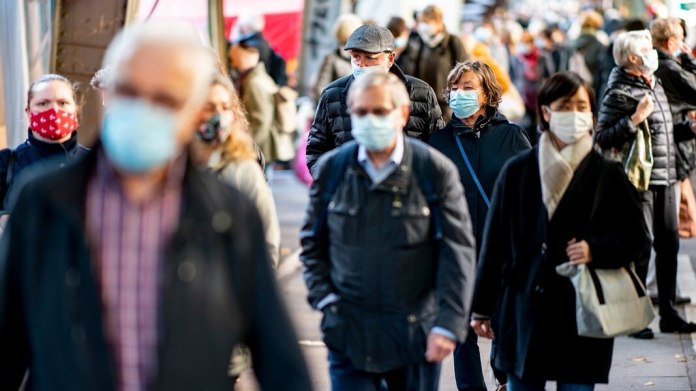 By and large, the corona rules that have been in effect up to now remain, but there are some minor changes. From today must also in the car medical masks be worn if the inmates come from different households. Only those who are behind the wheel do not have to wear a mask.

The city-wide alcohol consumption ban in public, which the Senate ordered in mid-December, is no longer valid in the entire city area as of today. After a successful lawsuit against this before the Higher Administrative Court, the Senate has now determined the exact places where drinking alcohol is prohibited. The ban then applies in the Reeperbahn area, in parts of the Sternschanze, at Hansaplatz, in parts of the Inner and Outer Alster, on Alma-Wartenberg-Platz and in Jenischpark.

Hamburg relaxes the nationwide ban on public alcohol consumption. It is then only prohibited in a few places. more

There should be model projects

According to the federal-state resolutions, the Senate also lets Model projects to open up public life to. These projects should be independent of the seven-day incidence of new infections, but should be linked to a rigorous testing concept. The sports authority is already planning a model test in which one or two clubs in the city will return be allowed to offer their normal sports program.

The strict contact restriction, according to which members of a household are only allowed to meet one other person, remains in force. Children under the age of 14 are not counted. Most shops are also closed unless they sell everyday goods, books or flowers.

The mask requirement at the Elbe, Alster and certain parks has not changed either, despite two opposing decisions by the administrative court. The city has lodged an appeal with the Higher Administrative Court against the two judgments with which the court granted the urgent motions from two joggers, as a court spokesman said. For the two joggers who were successful in court, the mask requirement will not apply, at least until the new decision is made.

Individual clubs should be involved in the attempt. They can then enable their members to participate in the sport again. more

The mask requirement also applies outdoors on many paths, streets and squares in Hamburg. Violations can result in a fine. more

Many restrictions apply in Hamburg to contain the corona pandemic. An overview. more

How is Hamburg doing with the corona pandemic? Here you will find the latest figures, news, videos and background information. more

FC Schalke 04 is hoping for a McKennie transfer

How good are the offers? Differences in primary schools: which school rules apply in which federal...