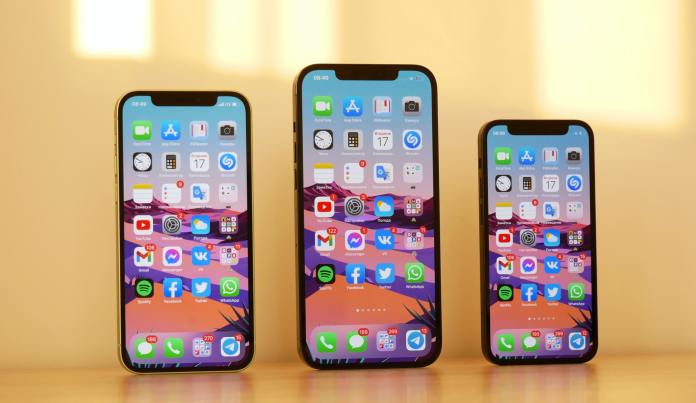 The turn of the year was already a few months ago, which is why we can finally make definitive statements about which smartphones were actually the most popular in 2020. This question was answered by the market researchers at Omdia, who listed the ten devices at the top.

Apple continues to expand its lead

Unsurprisingly: Apple is still right at the top. The model with the highest sales figures was the iPhone 11 (which I also use). The year before that, the iPhone 11 was already in second place, but has now built a big lead on this year’s second-placed smartphone.

Nonetheless, Apple has been confirmed that the iPhone SE (2020) was a very good idea. Third place also goes to Apple, where the device that was also presented last year is: the iPhone 12.

The following three places go to Samsung, but not with the flagship smartphones from the Galaxy S or Galaxy Note series, but with the middle class.

Four of the most popular smartphones are from Samsung

In principle, they are the rightful successors to the Samsung phones that were most popular the year before, namely the Galaxy A51, the Galaxy A21s and the Galaxy A01. Even the most expensive of these triples has a median retail price of well under $ 300.

In stark contrast, the iPhone 12 Pro Max is by far the most expensive smartphone in the top ten with an average retail price of a mere 1,232 dollars.

Samsung has secured eighth place again with the Galaxy A11, with which the South Korean manufacturer will make it out of the ten most successful smartphones in 2020 on a total of four smartphones.

Tablet market 2020: This manufacturer is surprising with its growth

Redmi Note 9 Pro: the only Xiaomi smartphone in the top ten

With the Redmi Note 9 Pro, Xiaomi also cheated on this list for once. Although the Chinese tech group is in third place worldwide in terms of market share, the sales are apparently spread more across the entire portfolio (which, admittedly, is also the most confusing). The Redmi Note 9 Pro scores with an extremely low price and is the cheapest of the top ten at an average of $ 158.

Introduced: The new Redmi Note 9 Pro has a little less on board

The final step is the iPhone 12 mini, making it the fifth of the most successful smartphones from Apple in 2020. Fans obviously appreciate the newly introduced, smaller form factor with 5.4-inch display and were happy to take advantage of it.

Have you helped one of the ten most popular smartphones into its place?

This is how we will live with the coronavirus in 2021 Bloodiest day of protest since the coup in Myanmar – 114...

Less corona vaccine than planned: What the Sanofi setback means for...