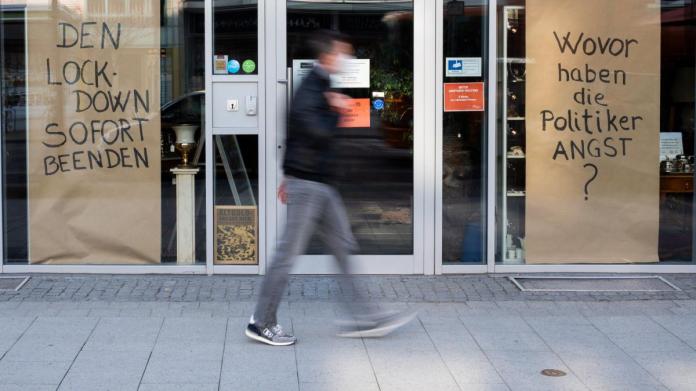 Now the Corona managers are driven by fear

Because of the increasing number of infections, prime ministers fear that their crisis management could fail. They appeal to citizens to voluntarily isolate themselves. Hamburg wants nationwide uniform rules – also on exit restrictions.

NAfter the failure of the so-called Easter rest, the fear of an uncontrollable third corona wave is growing in politics. The Robert Koch Institute reported 20,472 new infections on Saturday and 17,176 on Sunday. The seven-day incidence per 100,000 population was higher on Sunday than it has been since mid-January – nationwide at 129.7 (previous day: 124.9).

Lower Saxony’s Prime Minister Stephan Weil (SPD) appealed on Sunday to all citizens of his state to “shut down public life in Lower Saxony as much as possible in the next ten to 14 days”. Otherwise a “gradual return to normal life” is out of the question. At the same time, the head of government decreed stricter contact restrictions in all districts and cities in his state in which the seven-day incidence rises above 100.

The heads of government of Hamburg, Saxony and Baden-Württemberg also warned of an unchecked infection dynamic; they called for a nationwide and stricter application of the “emergency brake” regulations of the federal and state governments.

A tightened nationwide lockdown, as demanded by Federal Health Minister Jens Spahn (CDU), is not in sight. The same applies to bringing forward the next Corona summit between the Chancellor and the Prime Minister or nationwide uniform curfews, as suggested by the SPD health expert Karl Lauterbach.

Instead, the countries are trying to get the pandemic under control with their own measures. While Saarland and Schleswig-Holstein have already formulated initial relaxation model projects, Mecklenburg-Western Pomerania and Lower Saxony tightened their rules this weekend, especially for high-incidence areas.

In future, visits to the hairdresser and shopping will only be possible there upon presentation of a current negative test result; Exceptions apply to the food trade and to pharmacies and drugstores.

Hamburg’s First Mayor Peter Tschentscher (SPD) is calling for a nationwide uniform set of rules for various areas of society – including rules on exit restrictions. “Even if an extended Easter holiday regulation is not possible for legal and practical reasons, the infection dynamics must urgently be slowed down,” said Tschentscher WELT.

“If this is not done promptly, the expansion of an efficient test strategy is no longer sufficient to stabilize the infection rate,” warned Tschentscher. “In the last phase of the pandemic and before adequate vaccination protection is achieved, Germany threatens to overload the health system.”

Tschentscher further criticized: “The restrictions envisaged according to the MPK step concept are not implemented consistently enough and too small-scale. This patchwork quilt leads to a lack of acceptance, increased mobility and insufficient effectiveness of the measures. We therefore need uniform regulations on retail, sport, gastronomy, contact and exit restrictions, which are consistently implemented everywhere in Germany. The earlier this happens, the better it is for everyone. “

Bavaria’s Prime Minister Markus Söder made a similar statement. The CSU boss called on his colleagues to “consistently implement the emergency brake”. At the same time, Söder spoke out against bringing forward the next corona summit of the federal and state governments, which was previously planned for April 12.

Saxony’s Prime Minister Michael Kretschmer (CDU) struck the same note: “The Corona emergency brake must be applied consistently by all countries. We have agreed on that, and this is required by the dramatically increasing number of infections. ”

Making negative rapid tests a prerequisite for openings is correct – but they are not a “panacea”, according to the head of government. “The widespread spread of Corona in the population overwhelms the hospitals and extends the path to openings, restaurants and vacations. A look at our neighboring countries shows how high the incidence can rise and what severe restrictions will then be necessary. “

In the Bundestag one sees the uncoordinated approach of the states in the fight against pandemics rather with skepticism. For example, SPD parliamentary group vice-president Bärbel Bas advocates canceling the planned model projects for opening steps: there is a risk that “everyone will want to declare themselves to be a ‘model region’ and thus the wave cannot be broken”.

With a view to the resolutions of the Prime Minister’s Conference, the AfD spoke with the Federal Chancellor of “incomprehensible regulatory confusion” and pleaded for the round to be abolished.

The health policy spokeswoman for the Union parliamentary group, Karin Maag (CDU), called for nationwide solutions, for example on the issue of store openings, in order to avoid possible travel between the regions. “Another prime ministerial conference could be scheduled for this.” From Maag’s point of view, that would be “the last chance for the prime ministerial conference to prove its usefulness”.

Study in the UK: researchers infect volunteers with corona

Artificial insemination in Sarafina: is Peter the father?