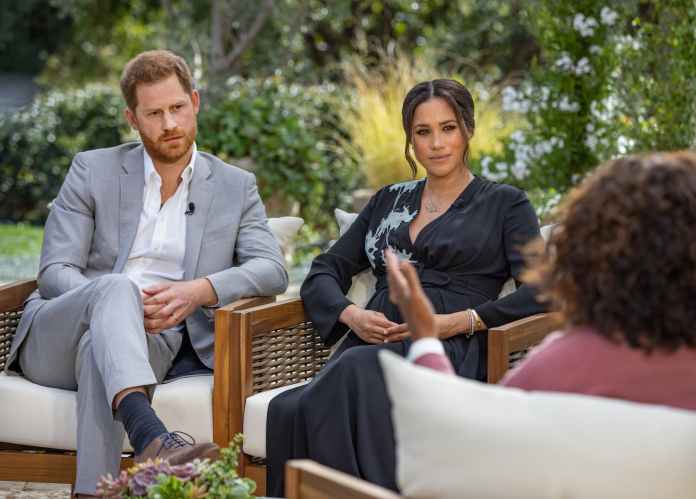 The aftermath of Meghan and Harry’s interview with Oprah Winfrey mostly revolved around racism, mental health and, of course, Megxit. Important things were ignored.

What do you associate with the word “king” or “nobility”? Probably some think of wealth, privilege, that the world is at your feet. A freedom that we mere mortals do not know. But is it really like that? The «Gala» has researched in this regard.

In an interview Harry contradicted this supposed freedom, even spoke of imprisonment: “My father and my brother are imprisoned. You are not allowed to go. And I feel sorry for them for that, ”said the younger Royal brother. The gleaming facade of the British royal family corresponds to the much-cited golden cage.

Just because he is smiling in photos, shaking hands with people, does he enjoy life? No, assures Harry. “It’s the role you play. That is what is expected of every member. When the car pulls up, you wipe your tears away and you are in top form. “

Thanks to the Megxit, Prince Harry managed to take his life into his own hands. He is number six in the line of succession; if his brother William – his sign second in line – would try to do the same, he would trigger a state crisis.

One that would go down in history, on the scale of King Edward VIII’s abdication in 1936. He married Wallis Simpson, a US woman who had already been divorced twice, which led to the constitutional crisis. Eduard abdicated and stayed at Simpson’s side until his death 35 years later.

A quote with weight

In the interview with Oprah Winfrey, the TV broadcaster did not show the entire content of the interview, as the «Gala» writes. In retrospect, however, CBS released several clips, in one of which Harry talks about his brother William: “He can’t leave the system, I made it.”

When Oprah asks if William wants this at all, Harry replies: “I don’t know. I can’t speak for him, but with this relationship and the control of the British tabloids – it’s a toxic environment. “

Obviously, Prince Harry is entering dangerous territory, writes «Gala». A monarchy wants and must be led by a king who displays joy, pride, awe, devotion and humility – all this in relation to his imposed fate. He must use and appreciate his privilege. If a king rules simply because he has to, because it is his duty, the monarchy loses its legitimacy.

If the royals are tired of the golden cage, why not abolish it in favor of a republic?

Harry was already critical of the throne four years ago. In the US magazine “Newsweek” he said at the time that nobody in the royal family wanted to become a monarch. “But we will do our duty at the right time.”

Princess Diana, the mother of Harry, said in the legendary 1995 interview that Prince Charles would probably not be very good as a king. “I know the character of Charles, he likes his freedom and this position would limit him a lot. I don’t know if he could adapt to it. “

Diana, at that time a high-ranking member of the royal family, publicly doubted the competence of the future king – a no-go. Princes Charles and William should therefore not be pleased that they publicly pity Harry for this and question their devotion to the office.

William did not comment publicly on his brother’s statements. In keeping with the highest commandment in the palace: “Never complain, never explain yourself.”

China’s ambassador invited to the Federal Foreign Office for talks

Rahm and McIlroy not in Dubai on the European Tour

Understanding new technology easily – with the STEM Box from CircuitMess

That is why the euro is giving up its profits –... 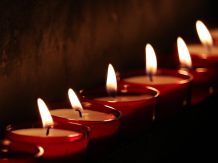 Minute of silence for victims of the Covid-19 pandemic held in...