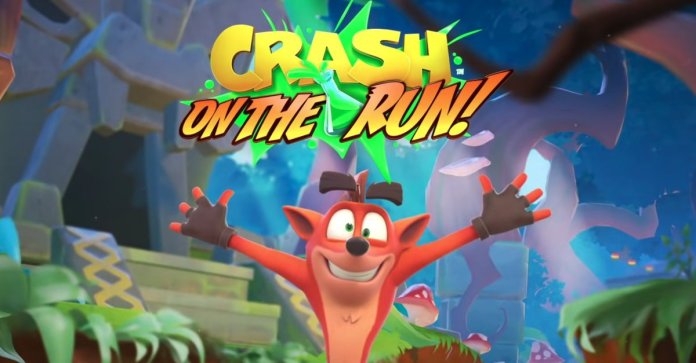 Crash Bandicoot is back: Cell phone owners with pleasant memories of the 90s can now look forward to seeing them again. The nimble opossum celebrates its debut on Android and iOS with a new game. In terms of gameplay, however, the game differs from the classics from bygone times.
Version:11

In addition to Super Mario and Sonic, many game developers tried to establish similarly popular mascots in the 1990s – sometimes more successfully, sometimes less. But undoubtedly belongs in the first category Crash Bandicoot, who saw the light of day on the original Playstation in 1996. 25 years later there are now Premiere on Android and iOS.

“Crash Bandicoot: On the Run!” Now available for Android and iOS

„Crash Bandicoot: On the Run!“Is the name of the game that is now available for both platforms. The name says it all, because the mobile game is a classic endless runner in the style of Subway Surfers or Sonic Dash, the game is not a classic platformer. The crash game was developed by King, who have already brought mega-hits like Candy Crush to the app stores.

In a short test, this is us crisp music noticed, which actually brings the classic crash bandicoot vibe with it. Graphically, the game is solid and runs smoothly. We couldn’t find any stuck. Otherwise, “Crash Bandicoot: On the Run!” Standard food for an endless runner, means: Crash runs automatically, players only have to swipe to avoid obstacles, jump or crouch. Commendable: That Tutorial can be played directly after downloading it from the app stores, only then does the complete download of around follow 500 MB of additional data. So you can get an impression of the game without having to download all game data immediately.

This is what Crash’s debut on Android and iOS looks like:

Cell phone owners give good reviews on the Play Store

“Crash Bandicoot: On the Run!” download and play for free, however there is also In-app purchases. However, this does not detract from its popularity among cell phone owners. The game reaches the Google Play Store 4.7 out of 5 stars at around 174,000 reviews. It is similarly popular in the Apple App Store.

The retailers are at the mercy of this new cycle path...

From the Arctic Circle to Germany and a special Abitur |...

Riots at the Capitol: Biden blames Trump for violence

Still-President is considering building his own platform: Trump does not want...