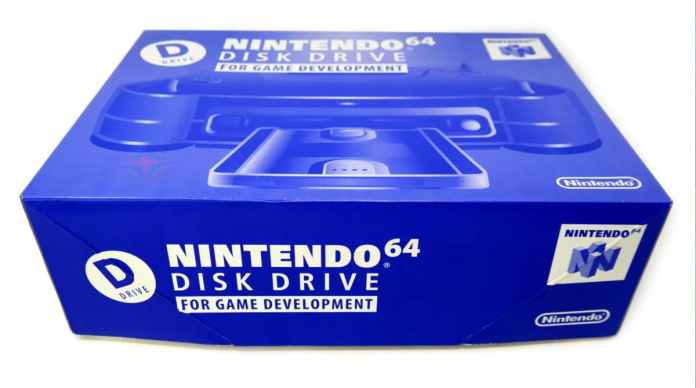 The games Youtuber Shane Luis found a copy of a developer kit for the Nintendo 64 console from 1997 in its original packaging – a feast for game nostalgics.

A very rare piece of hardware was leaked to Shane Luis from the YouTube channel Rerez and asked to document it. He did that in a thread on Twitter and in more detail on Archive.org:

I was asked to verify and photograph a Nintendo 64 Disk Drive (64DD) Development Kit from a private video game collector. The system was new in box and needed to be carefully documented.

This is what it looks like to unbox one. pic.twitter.com/X2PflhtemW

The hardware is a developer kit for the Nintendo 64 accessory 64DD. It was an auxiliary drive for the console that could play games from floppy disks. In 1997, Nintendo thought that storing games on floppy disks and not on cartridges was a good idea.

In principle, at least the idea wasn’t terrible. After all, Sony had relied on discs for the Playstation right from the start, where others had stuck with the more expensive and complex cartridges. However, whether it can pass as smarter to devise an even more complex system as additional hardware instead of the complex cartridges, just to be able to use not CDs, but actually proprietary formatted floppy discs, is certainly questionable.

So it is at least not surprising that the developer community showed little love for the project. In 1999 and 2000, nine DD-based games were released before Nintendo crushed the hardware. She had never got beyond Japan anyway.

What remains is a look into the museum of video game history, which Shane Luis gives us with his picture gallery on Archive.org.

Crisis meeting this afternoon – is Germany closing its borders? ...

Julia-Niharika Sen: She is the new one at the “Tagesschau”

US fashion designer Alexander Wang is said to have molested models

“My players have been physically executed”