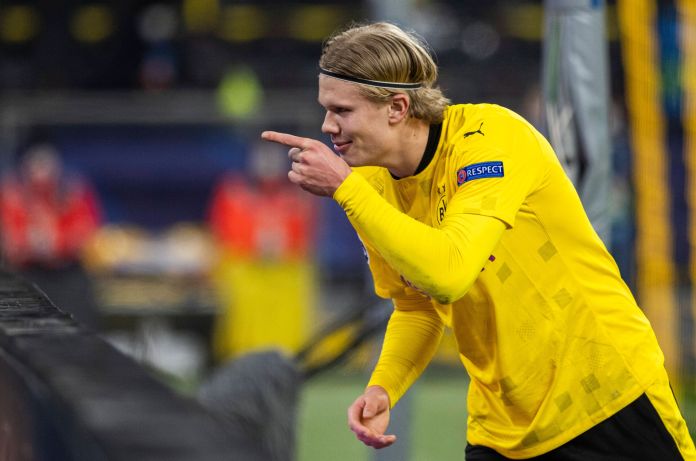 Erling Haaland is one of the most sought-after players in the world. His club Borussia Dortmund has now hung a particularly expensive price tag on the Norwegian.

Real Madrid Barcelona, ​​Manchester City or Manchester United – the European heavyweights are lining up at Haaland. In order to free the ex-Salzburg from BVB, a club would have to dig deep into their pockets, as “ESPN” has now reported.

Accordingly, Dortmund had hung a price tag of 180 million euros on the Norwegian. And that is also not negotiable. The German Bundesliga club wants to deter interested clubs and does not want to negotiate. Exactly this tactic had already been used by the black and yellow in the preseason with Jadon Sancho.

Haaland is actually still under contract with BVB until 2024, but a contractually anchored exit clause of 75 million euros will apply in the summer of 2022.

However, the weak phase in the Bundesliga could become a problem for the Ruhrpott club. Dortmund are only in fifth place, four points behind a Champions League rank. Should the “premier class” actually be missed, there could be movement again in Haaland-Poker. Agent Mino Raiola recently reported that only ten clubs had the financial means to sign Haaland.

“Fortnite” Season 6: What players can expect in the “Primeval” season

BVB and Bayern: Why Manchester City and PSG are the thickest...

Rhine is out of the FCN! Rostock obliges midfield talent...