The family doctors are in the starting blocks. “The motivation among the residents is already high to show how productive we are. And that we can turn the vaccine around, “says the Regensburg family doctor Dr. Roman Duke. On the Wednesday after Easter, the time has come: From then on, the practices should vaccinate against Corona.
Dr. Matthias Bauer, family doctor in Beilngries, is convinced of the capabilities of the residents. “If I really only have to vaccinate, we can easily manage 15 to 20 vaccinations in an hour,” he reports. In the beginning it would be a little less, he admits, because the patients might have a few more questions when the vaccination starts. With the vaccine from BionTech / Pfizer, the handling is more complex, which has to be learned. “But I have 22 helpers in the practice, if they have been instructed, then I will probably beat any vaccination center.” The general practitioner knows what he is talking about, because he works in the Eichstätt district as a medical doctor for the KV Bavaria and already vaccinates for them Centers as a satellite practice immobile patients at home.

Vaccination appointments are also planned for the weekend

Herzog, who has only been working as a resident general practitioner for two years and actually started in anesthesia, wants to open the group practice at the Rennplatz with his five doctor colleagues even on weekends for vaccination appointments. In addition to him, another general practitioner, three rheumatologists and a rehab doctor work in the practice. “If things go really well and we get enough vaccine, we would open up on Saturdays or even Sundays.”

But it just depends on the amount of vaccine. “We don’t yet know what we will get, how much we will get and when we will get it,” said Herzog. And the pharmacies through which the practices are to be supplied were still largely in the dark. Bauer confirms this: “The pharmacies don’t know anything yet.” The only thing that is currently clear is that they should receive the vaccines on Monday morning, which should then be in the practices by the afternoon. It is also unclear how much in advance the doctors have to order the vaccine doses from the pharmacies. “In the vaccination centers, the orders for the corona vaccine from BioNTech / Pfizer have to be received one and a half weeks in advance, while the AstraZeneca vaccine is a little faster, it is only a week,” says Bauer.

In the meantime, the KBV has announced that the pharmacies must have received the orders by 12 noon on Tuesday for the following week.

A very manageable order of magnitude that can easily run alongside normal practice operations. Nevertheless, Herzog and his colleagues, as well as Bauer, have long been preparing for a larger vaccination rush.
Both practices rely on a digital telephone assistant. The artificial intelligence-based assistant comes from the Berlin company Aaron.ai and works with an algorithm that allows it to guide the calling patient through the conversation using a questionnaire.
Normally, the telephone assistant is supposed to relieve the burden of registration, the practice employees can – depending on the urgency – rework the phone calls if they have time to do so in everyday practice. Whereby emergencies are filtered out during office hours and referred to the emergency number or the practice emergency number via a practice-specific announcement.

The provider now wants to provide a special vaccination number for the vaccination appointments. “The practices can communicate this separate number on their website, the answering machine or in the practice. Patients can then pre-register there for the vaccination, ”explains Aaron.ai managing director Richard von Schaewen. The practices themselves do not have to have any additional technology and the telephone assistant can take an unlimited number of calls. However, a connection to the practice number is also possible.
In addition to the age of the patient, questions about previous illnesses would also be asked. According to von Schaewen, the practice receives a list of the previously registered patients – with structured information about the patients – and can decide, according to urgency, who should receive a vaccination appointment first. “The information can then be sent via SMS, email or phone call.”

Patients can book appointments in advance

In the group practice at the Rennplatz, Herzog and his colleagues actually want to use this pre-registration option first. “I do think that the patients will contact us when this becomes known.” The medical assistants could not possibly answer all the phone calls or the patients all call them. “Then we will paralyze all other activities”, the Regensburg family doctor is convinced.

Once the first onslaught has been overcome, however, he can certainly imagine offering the patient the option of booking vaccination appointments directly via the telephone assistant and the practice software. Special vaccination slots would then be stored in the system. However: “Our two neighboring practices and our own are not initially intended as vaccination practices for the first week of April,” reports Herzog. The KV has selected individual practices that vaccinate first.

“Many patients wait until we can vaccinate in the practice”

Bauer is pursuing a slightly different strategy. In the “phase of uncertainty”, as he calls it, the practice works according to a list it has drawn up, on which it lists all patients with a high vaccination priority. If these patients have been taken care of and there is a certain stability in the vaccine supply chain to the practices, the patients should also be able to register themselves via the telephone assistant.
Both doctors believe that the rush to the practices will be great. “It is estimated that 10 to 15 percent of my patients have registered for an appointment at a vaccination center centrally here in Bavaria via the BayIMCO vaccination portal. The rest waits until we can vaccinate in the practice. ”
Herzog reports something similar. “In the past week alone, I had five patients who told me that if you vaccinate, I’ll do it, but I don’t go to a vaccination center.” Many, especially older people, shied away from anonymity in the vaccination centers. “And they don’t want to tell a doctor they don’t know for half an hour about all the previous illnesses,” adds Bauer. Both doctors make it clear that the relationship of trust that GPs have with their patients is currently far too much underestimated in the vaccination strategy.

Patients ask about vaccination side effects

The best example of this: The media-discussed side effects of the AstraZeneca vaccine, which would have unsettled many patients and ultimately led to a temporary stop with the said vaccine. “The news on the radio had not yet been announced, the phone had already rang and we had the first four patients with headaches after an AstraZeneca vaccination,” reports Bauer. However, patients who had been vaccinated with one of the other corona vaccines would also have reported.
He could understand the patients quite well, which is precisely why he would sometimes like the media to be a little more cautious. “At the moment we have the problem that every radio station, every newspaper, every television station has to tell something new early in the morning, at noon and in the evening,” he complains. “But do I have to push it because of the doubling of an extremely low risk of thrombosis? I dont know.”

You have more confidence in your family doctor

Ultimately, however, the AstraZeneca example also shows why it makes sense to include the practices in the vaccination strategy. The 30-year-old patient who takes the pill, has two children, is slightly overweight and has had a thrombosis before, would not vaccinate Bauer with the AstraZeneca vaccine, he says. “The 25-year-old male patient who has never had problems can of course get the vaccine.” But you have to know the patient for that.

For Herzog there is another argument that speaks in favor of vaccination in practices. His colleague Professor Hilke Brühl tried several times to register an 80-year-old rheumatoid patient for corona vaccination before starting immunosuppressive therapy. “No chance, the vaccination center didn’t respond to faxes or phone calls. And there are no contact options online, ”said Herzog. The practices have no information on how to deal with such medically indicated cases of hardship when prioritizing vaccination or what chances are there of giving them priority in exceptional cases. Here the doctor hopes – as I said for those cases in which a therapy depends on it and it is medically indicated – more leeway.

So far around 30,000 corona vaccinations in Austria

Air raid protection in Stuttgart 1942: first the bunkers, then the...

Olympia 2021 in Tokyo: Japanese do not want the Olympics this...

Brazil: In Manaus, oxygen is becoming scarce for corona patients 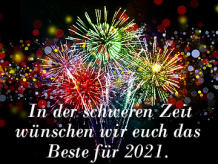