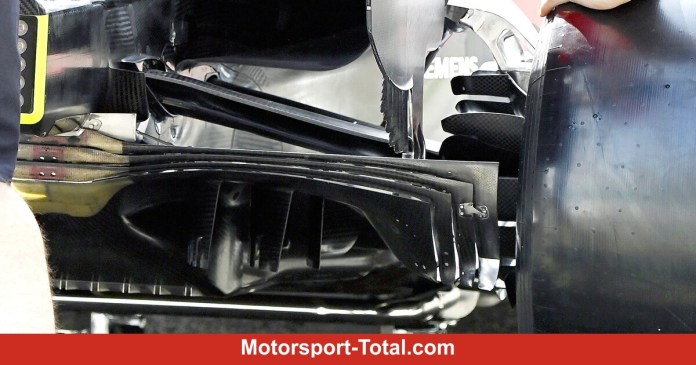 (Motorsport-Total.com) – You might be surprised: Red Bull didn’t come up with any spectacular innovations during the test drives or on the first Formula 1 race weekend (in the live ticker!). Neither the underbody from Mercedes and Aston Martin, nor the diffuser trick from McLaren were spotted on the Red Bull RB16B.

Stand up, your pursuit: Red Bull makes the diffuser more efficient by moving the suspension upwards

Nevertheless, Max Verstappen has dominated the Bahrain International Circuit at will so far. And the scoreboard never lies. The Red Bull RB16B follows a perfectly thought-out concept that ironed out the weaknesses of its predecessor.

The TV pictures alone already show that the RB16B is much quieter than its bitchy predecessor, the RB16. Max Verstappen was able to avoid this weakness with his enormous driving talent, while Alex Albon had his problems with the hard-to-drive car.

At the beginning of the 2020 season, Red Bull had to struggle with a correlation problem between the simulation tools and real performance. So the team in Milton Keynes first had to rebuild the front of the car. 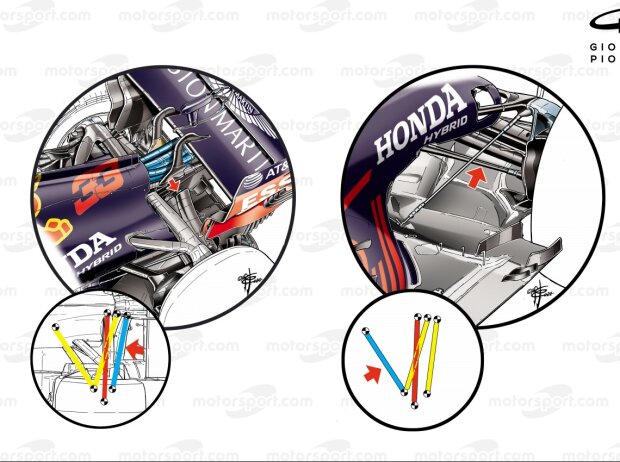 The tie rod (blue) has moved forward, the wishbone (yellow) is now split in two Zoom

Once the problem was out of the way, the design team, headed by technical director Adrian Newey, was able to focus on the rear, especially with regard to the new rules for 2021. These take the vehicles’ downforce on the rear axle. And it looks like Red Bull has done a great job.

The wishbone is no longer a single component

First of all, you got inspiration from Mercedes, but you also let your own ideas flow into it. In order to direct the airflow in the area of ​​the rear as desired, the carbon fiber was realigned on the rear axle. The focus here is above all on the strut colored blue in the circle. It’s the tie rod that has moved from the very back to the very front.

The design of the lower wishbone is even more interesting. Red Bull has followed a concept here that has been around for a long time on the front axle. Instead of the usual triangular wishbones that have been used for decades, the arms on the RB16B are completely independent of each other. 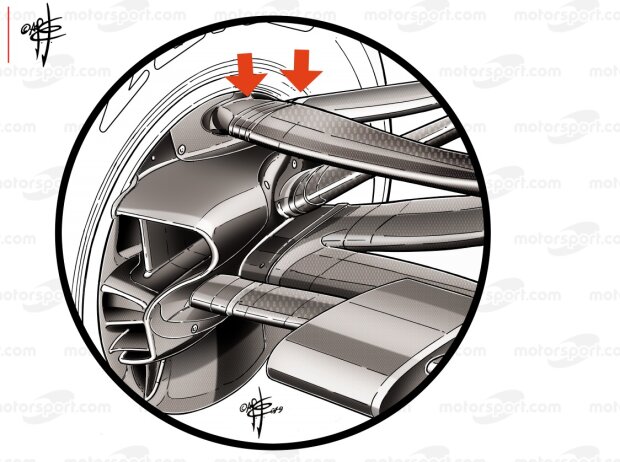 It is more or less a matter of two independent struts instead of a single component, which together form a wishbone. Note: strut + strut + correct positioning of these two struts to each other = wishbones self-made. 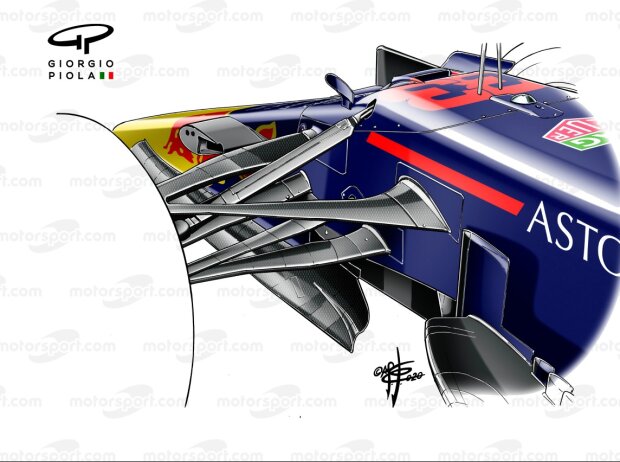 On the RB16 and RB16B, the upper wishbone is classic again, the lower one is split Zoom

This allows the designers the greatest possible flexibility in positioning. Of course, they (the struts, not the designers) are placed where they best meet the aerodynamic requirements. This is crucial when we bear in mind that the rule changes for 2021 have resulted in everyone focusing on aerodynamics in the rear of the vehicle.

Red Bull has used its new strut clearance to move the rear suspension parts higher and move them as far back as possible. This creates space to direct the air flow in this area in all three crucial areas as desired.

These are on the top of the diffuser (bottom), on the bottle neck section (inside) as well as on the sidewall of the tire and outside of the diffuser (outside). The area is below the red arrow. The free space without annoying wishbones has increased significantly with the RB16B. 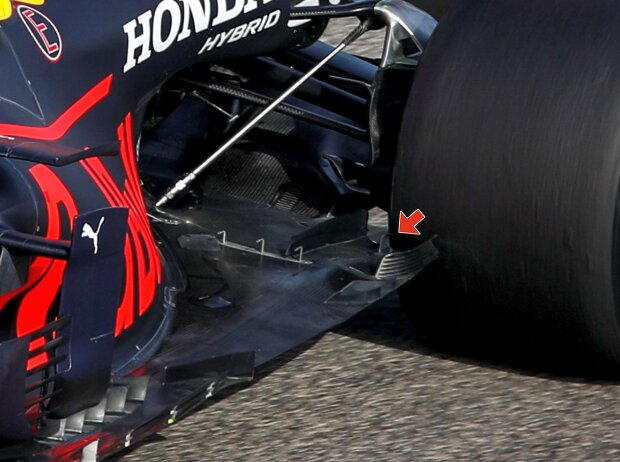 What is winding here? This new fin is whirling with whirls Zoom

Red Bull introduced the split wishbone design on the front axle in 2019. The design debuted on the RB15’s upper front wishbone. For 2020 and 2021, Milton Keynes switched to a conventional upper wishbone, but introduced the design with split struts on the lower wishbone.

The Red Bull already looked lightning fast during the test drives, but development never stands still. And so a new fin made its debut on the underbody in front of the rear tire (red arrow). This winds outwards at the top. This undoubtedly creates a vortex that serves to interact with the other vortices of the already existing Finns. 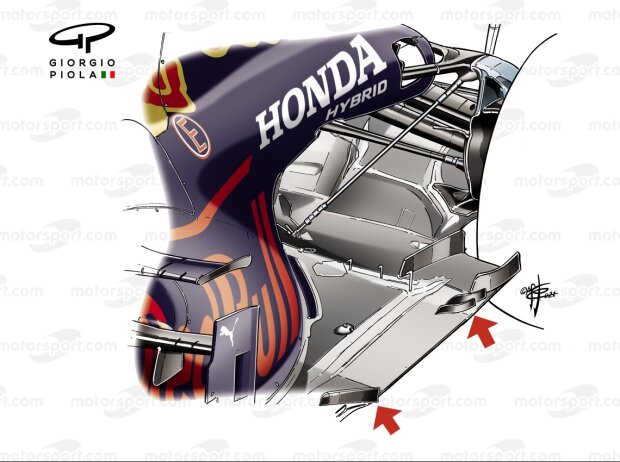 Let the urban development begin on the sub-floor: RB16B in the pre-season tests Zoom

Those fins will be more important than ever in 2021 after the underbody was trimmed for 2021 and holes in front of the rear tire could no longer be used. Each fin has a special role in directing the airflow around the rear tire and smoothing out the turbulence.

This turbulence can have a negative impact on the performance of the diffuser if you let it prevail. The last picture shows how the teams have already started again to build “high-rise buildings” on the subfloor to counteract the rule changes. The Finns shown here were introduced in the pre-season test.

Rummenigge: Bayern would only pay half for this player today

Leicester top of the table after beating Chelsea

The bet-at-home basketball super league on Sky: The duel between BC... Germany: attempted murder? Caregiver in other cases under suspicion –...