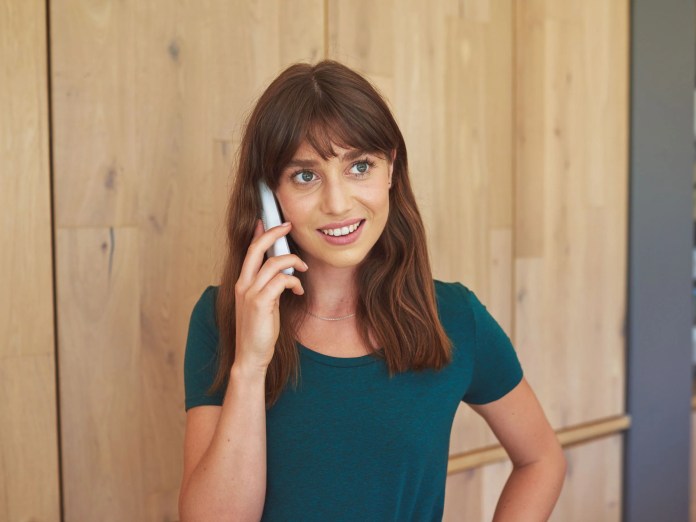 The Stiftung Warentest tested in two categories. It was once about pure DECT telephones that you can, for example, register on a router that has already integrated a DECT base station. This is the case with many FritzBox routers, for example. If you do not have such a router, it makes sense to purchase a set with a base station. That was the second test category.

Stiftung Warentest has chosen 13 cordless phones for the test. Six of them were without, seven with a base station. Almost a third of the telephony was included in the rating. In addition to the voice quality, the hands-free function and the range also played a role. An answering machine and the battery each contributed 15 percent to the rating, and handling 20 percent. The remaining 20 percent shared the environmental properties and the evaluation point versatility – i.e. the equipment – in half.

This is the best DECT phone

The clear winner is the FritzFon C6 from AVM. With a score of 1.9 it achieved the grade “good” and is 0.1 point ahead of first place. However, this rating is doubtful if you look at the exact ratings. Because although the telephone comes as a stand-alone version, the Stiftung Warentest includes a supposed answering machine in the evaluation. But this is only available with the C6 if you operate the phone on a suitable FritzBox. If you use the phone on a different base, this feature is no longer applicable. The Stiftung Warentest indicates this in the small print.

Second and third place are occupied by two Telekom models that are cheaper than the C6 from AVM. They do not have an answering machine, although one could argue here that the Telekom voicebox could represent one in their landline network. However, since the Stiftung Warentest relied on stationary answering machines, this was not included in the assessment. In addition, she used a Telekom router to test these telephones and not the FritzBox. Speedphone 32 and Speedphone 12 made it to second and third place. Significant differences between the two models are the slightly better battery usage and a headset socket on the 32-inch model.

Gigaset models, once the DECT top dog, can be found in positions four and five. They were also tested on the FritzBox. The answering machine of this router was rated accordingly. Although the E390HX is only half the price of the E720HX, both phones did the same.

Best DECT phone with a base

If you need a new base station for your DECT phone, you should opt for the Gigaset E390A, according to Stiftung Warentest. This phone is the test winner in this rating class, ahead of the significantly more expensive Gigaset E720A and the Telekom Sinus S32.

The cheapest phone in the test was the Panasonic KX-TGC460, which cost 31 euros at the time of the test and even has a base station and answering machine. According to the test, you have to make some compromises in terms of comfort and equipment, but if you “just want to make a phone call”, that’s probably enough.

By the way: You have to do without HD telephony with all models with a base station, as this voice quality is not supported, as the testers determined.

Home office: this is how you set up your workplace correctly

Nathalie Volk has the Turkish flag tattooed for Timur A.

Simone Thomalla: After Heinevetter’s Corona test result: She is “sad”

For the time being, EMA remains convinced by AstraZeneca

Donald Trump Airport? US President demands that a popular airport...

19 – Are rapid tests the breakthrough in the fight against...