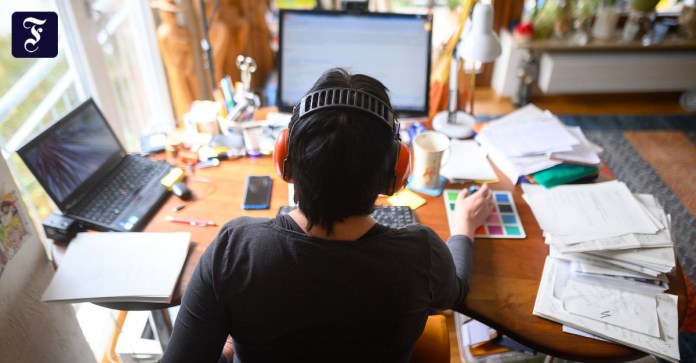 EPochal-drastic events lead to the fact that at some point people begin to determine a “new normal” for themselves and their environment. About a decade ago, professionals in financial corporations coined this term. At that time, the worst economic crisis since the Great Depression had fundamentally changed the conditions for doing business.

Editor in business, responsible for “People and Business”.

They declared falling interest rates, higher exchange rate fluctuations, low growth rates and low return prospects to be the norm. Those who more accurately anticipated the new normal of the ten years and better adjusted to it had better prospects of profit. This course of action can still be seen today in business success.

For a year now, the corona pandemic has been keeping everyday life under control everywhere. But now several manufacturers have developed vaccines in record time and more tests are available. At the same time, technology helped to alleviate the crisis, people could and can continue to exchange ideas professionally and privately.

Again, the question arises: What will the world look like in the aftermath of the pandemic? What will be permanently different – and what will not? We want to deal with this in this Digitec supplement, from an economic and very personal perspective.

Trends in the world of work have increased due to Corona

It is noticeable that trends in the world of work, which were greatly accelerated by the virus, were already in place before it forced many working people to use their computers at home in March of last year. Home office, digital communication tools, the delimitation of work time and the increasing mixing of leisure and work could be recognized by the digital transformation even before the outbreak of the health crisis.

Sometimes it takes a strong picture to grasp the scope of a change. One of these was, for example, when the Greens chairman Robert Habeck gave a live interview and his son appeared bare-chested in the room that had been converted into an improvised studio in lockdown mode. When there is so much talk of a new normal in the world of work, the least talked about is that babies continue to scream in digital conferences, children complain about math problems – or scantily clad teenagers scurry through the picture at an inopportune moment.

The emerging new normality in the world of work is directly linked to the concept of “New Work”. Conceived fifty years ago by the Austrian-American philosopher Frithjof Bergmann, it was based on the idea of ​​letting people do what they really want on the job. “The expression ‘New Work’ is touted in many companies today. But it’s not about ‘wanting’, “he once told the FAZ. In practice, many companies today want to become more agile, creative and innovative through suitable work arrangements. This can be done through team composition, office space and work processes. Concepts that that came into play during the pandemic are part of that philosophy.

Traffic planner: “Frankfurt is still too attractive for drivers”

Soccer – Frankfurt am Main – criticism of the referee: Hoffenheim’s...

Complexity researcher Peter Klimek: “The situation is fragile and risky”