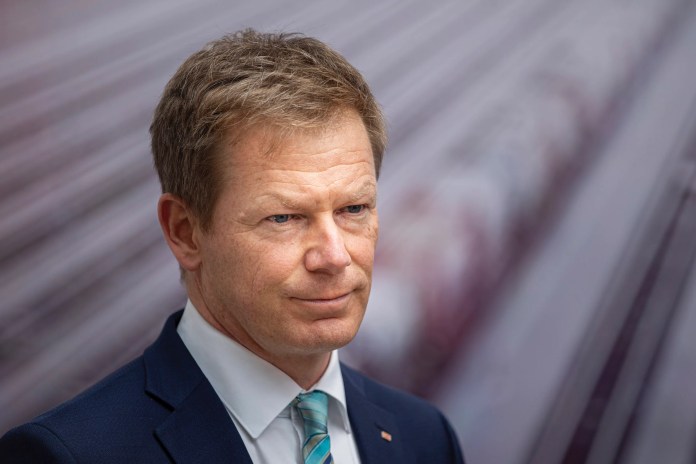 Richard Lutz will remain head of Deutsche Bahn until at least 2027. The supervisory board extended the contracts of Lutz and two other board members on Wednesday.

The three board members also wanted ten percent more salary, but the decision on it was postponed until next year.

Did you know the salary with which you are among the top earners in Germany? The limit for singles is 3,529 euros net per month – from this amount onwards, according to the Cologne Institute for Economic Research (IW), you will be in the top ten percent of your income.

The seven-member board of directors of Deutsche Bahn is well above this amount. According to the 2019 rail report, chairman Richard Lutz receives a fixed annual salary of 900,000 euros, long-distance transport director Berthold Huber and infrastructure director Ronald Pofalla each receive 650,000 euros, HR director Martin Seiler and technology director Sabina Jeschke each 400,000 euros. In addition, there are variable remuneration that can roughly double the salary. Two board members only switched to Deutsche Bahn last year.

Initially, no salary increase in the corona crisis

Rail boss Lutz and the two rail managers Huber and Pofalla wanted ten percent more fixed salary as part of their contract extension from 2023. However, the seven corporate board members want to forego their bonuses during the crisis. The supervisory board extended the contracts of Lutz and Huber until 2027 and of Pofalla until 2025 this Wednesday, but the decision on the planned salary increase was postponed until next year. So it is reported from the environment of the control body. There had been resistance from the trade union side.

Even in retirement, Deutsche Bahn continues to receive lavish sums of money: On average, the salaries of former board members and managers should be 20,000 euros per month. That is more than the pensions of former federal ministers: The taxpayers’ federal government puts them at a maximum of 11,786 euros per month, depending on the term of office.

Such payments sound like a lot of money – after all, Deutsche Bahn has almost 30 billion euros in debt. In the pandemic, passenger traffic has suffered severely, according to the “Manager Magazin”, Deutsche Bahn is said to have suffered a loss of 5.7 billion euros last year. However, the DB Group Management Board is also responsible for almost 338,000 employees worldwide, in Germany alone there are around 211,000 employees. In companies of this size in the private sector, the board members earn significantly more, it is argued.

The bosses of the public transport companies also often achieve high salaries. In 2019, the then head of the Berliner Verkehrsbetriebe (BVG), Sigrid Nikutta, received payments totaling 552,000 euros. She is now a board member at Deutsche Bahn.

The Hamburger Hochbahn operates the city’s subway network and most of the city buses. According to the current remuneration report, the chairman Henrik Falk receives 413,133 euros for his position and is one of the top earners in the Hanseatic city. For comparison: the average gross salary at Hochbahn is 48,013 euros.

The head of the Munich transport company, Ingo Wortmann, earns a little less in Germany’s third largest city. For him there was around 360,000 euros in 2019 – twice as much as for Munich’s Lord Mayor Dieter Reiter. The three managing directors of Verkehrsgesellschaft Frankfurt am Main, which operates the city’s subways and trams, shared a total remuneration of 561,858 euros in 2019.

The chairwoman of the Cologne transport company, Stefanie Haaks, came to around 233,000 euros. However, she did not take up her post until March 1, 2019. The managing director of Leipziger Verkehrsbetriebe, Ulf Middelberg, received total remuneration of 259,000 euros in the same year.

Ben Affleck is to film a fantasy book series

Thousands of trucks jam in England in front of the English...

“There are too many people”: Expert: vaccination does not end pandemic... 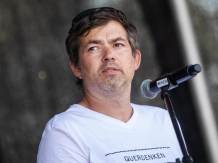 Astronomers surprised – black hole spins at almost the speed of...