1/7
Change in the “DSDS” jury. Dieter Bohlen (r.) Is replaced by show giant Thomas Gottschalk in the semifinals and the finals. Here you can see the two show giants at Gottschalk’s show “Wetten, dass ..?” in 2011 in Mallorca.

It was the “Germany is looking for the superstar” hammer this week. On Wednesday RTL announced that pop titan Dieter Bohlen (67) will not sit behind the jury panel in the semifinals and finals due to illness. On Thursday it was announced who will take over the post: Show legend Thomas Gottschalk (70).

He now says to “Bild” about his new job: “I am currently producing a new show for ARD, but Dieter always wanted to make Dieter happy!” A little swipe at the pop titan? The two show giants have been teasing each other in public for years. So Gottschalk said after Bohlens “DSDS” -Aus: “Dieter is what he is. He has not yet heard of a pass, he or no one scores the goals. “

Thomas Gottschalk had nothing better to do

RTL asked the former “Wetten, dass ..?” Moderator – and he spontaneously agreed. After all, one titan won’t let the other down. “Second, I had nothing better to do,” Gottschalk told RTL.de.

It is not the first time that Thomas Gottschalk is on a jury. In 2012 he evaluated the candidates’ appearances alongside the Swiss presenter Michelle Hunziker (44) and Bohlen in “Das Supertalent”. He could get one or two tips from Hunziker – she and Carsten Spengemann (48) presented the first two “DSDS” seasons in 2003 and 2004.

Dieter Bohlen is also out of the “Super Talent”

In the future, Dieter Bohlen will not only no longer appear in “Deutschland sucht den Superstar” – his jury position will also be reassigned to “Das Supertalent”. His successor is not yet known here. (paf)

VfB Stuttgart at Borussia Dortmund: How the young wild ones dismantle...

Corona in Berlin: incidence now at 97.6 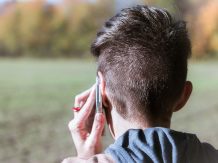 Paris and Leipzig under pressure in Champions League – football –