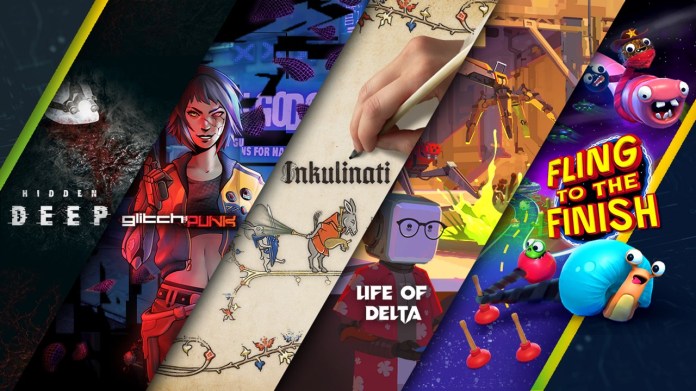 Daedalic unveils new games at the Future Games Show and here are all the trailers for the new games.
Daedalic Entertainment has announced three exciting new titles in its 2021 publishing line-up. The ink-based strategy game Inkulinati, the chaotic co-op racing game Fling to the Finish and the post-apocalyptic point-and-click adventure Life of Delta join Daedalic’s varied portfolio of titles from external studios.

Peanuts by Yaza Games is a strategy game that emerged straight from the pages of medieval European manuscripts. Players have to master the living ink, build their bestiary full of fantastic and comical creatures from 700 year old illustrations and defeat their opponents with strategy and shrewdness. Snails versus knights versus donkey bards versus rabbits with spears are just the tip of the iceberg in a journey through the art and humor of the Middle Ages.

The cooperative and competitive racing game Fling to the Finish by SplitSide Games connects up to four teams of two with an elastic cord and chases them through a colorful, chaotic obstacle course. The partners can throw each other up walls, swing around obstacles … or become hopelessly tangled. The title can be played solo, online, on the local split screen or – if you want to get particularly close to your partner – by sharing a controller.

Fling to the Finish Trailer:

A Daedalic line-up wouldn’t be the same without point-and-click adventure. Life of Delta by Airo Games takes place in a post-apocalyptic world in which humans have become extinct and which is instead inhabited by decommissioned service robots and lizard people. Delta travels in search of his missing friend through 25 beautiful, handcrafted levels, masters more than 50 minigames and meets a number of unique characters.

The new trailer for the GTA 2-inspired cyberpunk game Glitchpunk:

A new trailer for Hidden Deep, the sci-fi thriller homage to 80s horror, introduces the co-op feature for the first time:

There were also first game scenes at the Future Games Show for The Lord of the Rings: Gollum.

BVKJ fears increase in myopia in children in COVID-19 lockdown

There is no rush to ski areas in central Switzerland before...