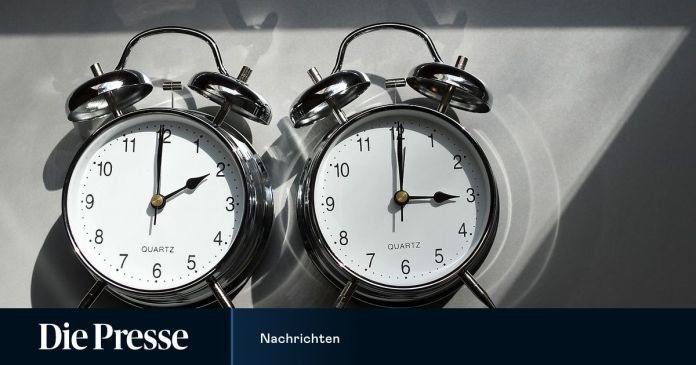 On the night of Sunday, all radio clocks should jump to 3 a.m. at 2 a.m. How it will continue with the time change in the EU remains unclear.

In the meantime, most of the clocks do it themselves anyway: On the night of Sunday, radio clocks jumped forward from two o’clock to three o’clock, the others have to be turned an hour forward by hand. This means that Central European Summer Time (CEST) applies until the last weekend in October. The normal time (CET) is changed back to on the last weekend in October. And how things will go with the time change in the EU is still completely unclear.

In an EU-wide online survey in 2018, 84 percent of the participants voted in favor of abolishing the time change. The EU Commission had then proposed to abolish the change between summer and winter time from 2019.

But since then, the 27 EU states have not found a green branch. The then President of the Commission Jean-Claude Juncker had thrown in the towel and taken his authority out of the running in negotiating the compromise. Since then, the member states have been arguing about where the border between Western European and Central European time zones should be drawn in the future.

That is not good news, writes EU department head Wolfgang Böhm in an editorial. Because this small example shows what the problem is of multilateral negotiations “in which the moderation of a higher-level authority and its experts is dispensed with”. In the worst case scenario, Böhm describes the result: “Suddenly Austria has a different time zone than Germany, which relies on France, its more important economic partner. There is a time limit again between the Iberian countries. Italy now has the same time as Poland. The anger among the population, among freight forwarders and industry is so great that many governments declare ‘the EU to have failed’. “

“The Masked Singer”: The chick – all clues about the costume

Agreement with Telekom: ARD and ZDF may show EM games in...

Accident in Stuttgart-Ost: pedestrians hit by a car and seriously injured...

Whatsapp with compulsory service: Start is today – if you don’t...

Who is Queen Elizabeth celebrating Christmas with this year?

Seriously injured when braking in Stuttgart: No money for woman after...

Coronavirus: Chaos around the corona vaccination leads to resentment in the...