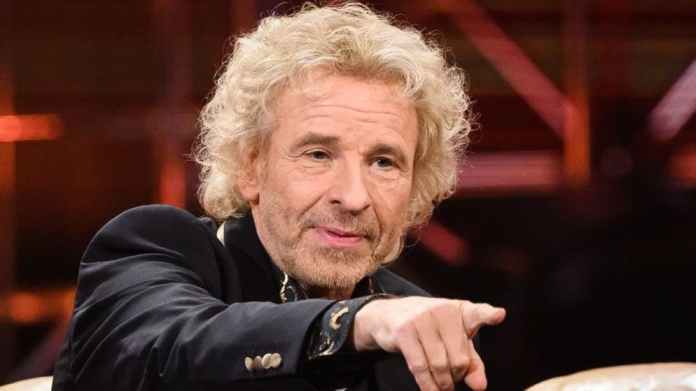 After Dieter Bohlen leaves “DSDS” due to illness, show veteran Thomas Gottschalk is now taking his place on the jury at “DSDS”, RTL reports today. He agreed spontaneously, said Gottschalk.

On Wednesday it became known that Dieter Bohlen would be absent from this year’s semi-finals and finals of “Germany is looking for the superstar”. Bohlen canceled “due to illness at short notice”.

While there was initially speculation about a possible replacement, it is now clear who will take a seat in Bohlen’s armchair. As RTL announced on Thursday afternoon, Thomas Gottschalk will complement the jury in the two live shows on March 27 and April 3.

Compared to RTL, Gottschalk stated that he had nothing better to do and therefore spontaneously agreed when the request came from RTL. And: “One titan won’t let the other down.” The well-known presenter will sit next to Maite Kelly and Mike Singer in the DSDS jury this Saturday.

About two weeks ago it became known that Dieter Bohlen’s time as a juror at “DSDS” will end after almost 20 years. After the current season, a completely new jury will take over the command. Bohlen will no longer appear in the casting show due to his cancellation.

Gottschalk is confident about his new role. There would only be three titans – Oliver Kahn, Dieter Bohlen and he. Bohlen fell and couldn’t, that’s why Gottschalk is now taking over the “DSDS” rudder, he told RTL.

“The candidates who have made it this far can all sing great, and the decision is up to the audience anyway. So I can’t go wrong, »said Gottschalk.

Young refugees in Berlin: arrive, but how?

FFP2 masks: The most important questions and answers

In Berlin it was warmest in autumn