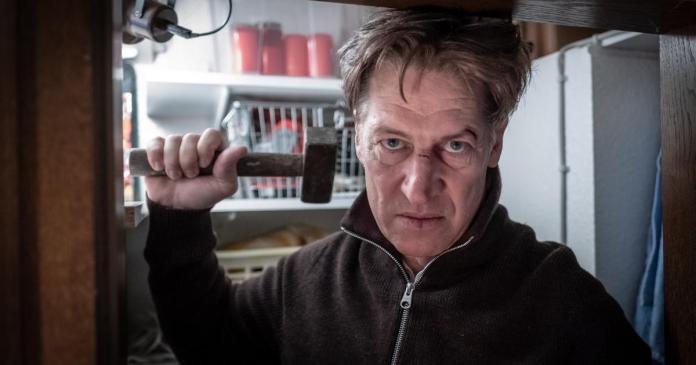 You play a child murderer in “In the Abyss”. You are a father yourself – did that add another dimension that makes playing such a role a psychological challenge?

For anyone with even a minimum of morality, the murder of a child – or even just the idea of ​​it – is a barrier that cannot be overcome, or even questioned. That’s why I refused to play a child killer for years. It’s just a perversion for which I have no understanding. And I don’t even want to understand them. Children have their own universe of trust in creation, in themselves and in life. A murder like this is so brutally brutal that it overrides one’s own life and human dignity, and there is no intellectual understanding for this either. For me it was the case with “Im Abgrund” that I was really afraid of my role – of having to grasp the ratio of this character and not being able to endure this psychological burden, since I am a father myself. And there is only one thing that helps – the tools that we have in our profession. With this you can also achieve a certain shielding of the role from your own life.

You make your figure very vulnerable, as if you were soliciting sympathy.

No, not sympathy. It helps when I can find something humanly understandable in a character. I can’t play with apathy. But my main concern is traceability. So it was also possible for me to try another psychogram of Hitler in a film (note: “Speer and he”, 2003). Perhaps with a different approach than that of my wonderful colleague Bruno Ganz. Maybe because he was a different generation. He had a lot of anger, a hatred for this figure, for me the historical distance was perhaps a different one. I took almost a merciless delight in dissecting this sick soul.

Joe Biden wants to be vaccinated against corona publicly

After the use of missile defense: USA imposes sanctions on Turkey

Darts World Cup: “My life was a nightmare” – Brazilian bursts...

The authoritarian fantasies of “Zero Covid” – THE AXIS OF GOOD....

20 million years of life were lost