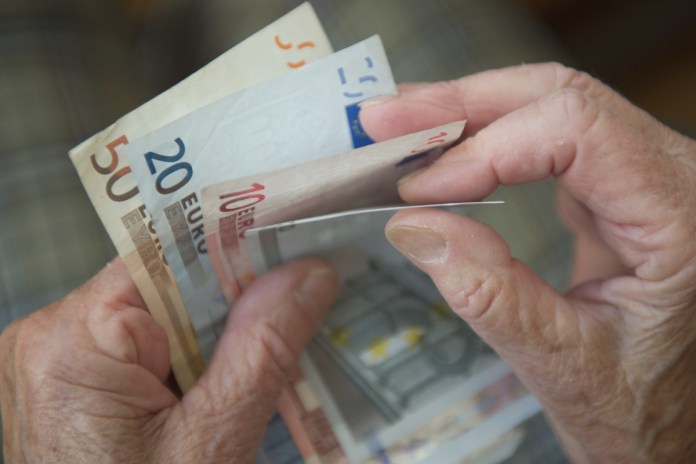 Too little! Court considers 150 euros corona grant to be unconstitutional

The social court in Karlsruhe considers the planned corona grant for Hartz IV recipients of 150 euros to be too low and unconstitutional.

Karlsruhe – The corona grant of 150 euros planned by the federal government for recipients of Basic security is too low and unconstitutional from the point of view of the Karlsruhe Social Court.

The grant is to be given to adults who are entitled to unemployment benefit II or social benefits in May 2021. The subsistence level of job seekers for January to April should not be covered until May.

In a statement on Friday, the responsible judge of the 12th chamber of the court complained that requirements for the procedure for determining the amount of living wages had not been met. An increase in the standard rate by around 100 euros for each pandemic month is necessary.

A single mother from the Rastatt district had success with her urgent application. She had previously unsuccessfully applied for FFP2 masks at the job center. Now she can safely bring her two-year-old daughter, who has a heart condition, to the hospital and to the physiotherapist for weekly treatments by public transport, according to the court.

The final decision is binding for those directly involved in the urgent procedure.

The social policy spokesman for the Bundestag FDP, Pascal Kober (49), sees himself confirmed. As early as March, his parliamentary group, Federal Labor Minister Hubertus Heil (48, SPD), pointed out that the subsistence level could be undercut and criticized the late payment in the parliamentary procedure. “Aid will come too late in May.” The minister urgently needs to enable an immediate payment.

The same court had recently ruled that job centers would have to provide Hartz IV recipients looking for work free FFP2 masks – in addition to the standard rate, 20 FFP2 masks a week or a monthly payment of 129 euros.

Windows 10: Microsoft fixes problems with “chkdsk” after a faulty update

Mourning in Trier: moving farewell letter to the youngest victim –...