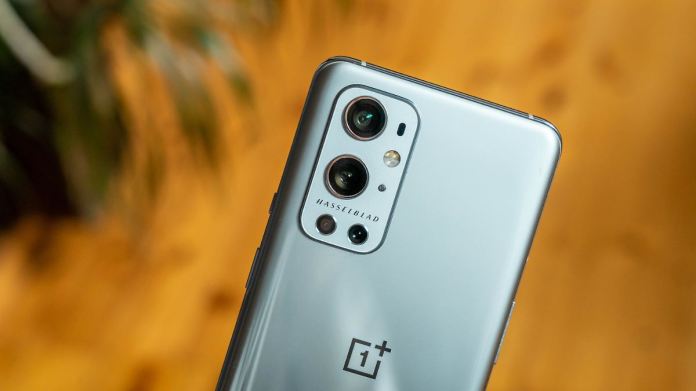 With the OnePlus 9 Pro, a new smartphone star is taking the stage. From the display to the cameras, it offers the very finest technology and the price-performance ratio is also right. If you can do without the Pro, you can get an almost equally good device for 200 euros less.
OnePlus has been involved in the smartphone business in Germany since 2014, making it one of the established brands. The OnePlus One was launched as a “flagship killer” that wanted to scare Samsung & Co. with powerful technology at a low price. The small price has turned into a fair price over the years, at least as far as the top models are concerned. However, Chinese smartphones are still tough competition for the major manufacturers. This also applies to the OnePlus 9 Pro, which is available from 900 euros.

Visually, the device is not a revelation, OnePlus usually continuously develops its smartphones instead of daring big leaps. But the design is successful. A small improvement over the predecessor is the slightly less curved display at the side, which leads to fewer incorrect entries and distorted content. The camera unit, which is still very conspicuous, but skilfully integrated into the glass rear, is more significant.

Practical: There is still an extra button in the frame to set the device to silent or vibrate. Good: The OnePlus 9 Pro is protected against dust and water according to IP68. Not so good: There is neither a jack socket nor a slot for a memory card.

The 6.7-inch AMOLED display is great. The display is excellent, the sharpness with a pixel density of 526 ppi is extremely high and the screen can shine very brightly. In addition, the display offers a refresh rate of 120 Hertz (Hz), which among other things enables wonderfully smooth scrolling. In order to save electricity, it can continuously adjust the frequency from 1 to 120 Hz to requirements. The fingerprint sensor integrated in the display is on the ball, but sits a little too deep for the thumb to comfortably reach.

With a capacity of 4500 milliampere hours (mAh), the battery easily gets the OnePlus 9 Pro through the day, but the runtime is not above average despite the energy-saving display. An empty OnePlus 9 Pro can be refueled in around half an hour using the quick-charging power pack supplied.

Fast in every way

The device is delivered with Android 11. OnePlus leaves Google’s operating system largely unchanged, which reinforces the straightforward impression that has been trimmed for performance. But that doesn’t necessarily mean super-fast updates, the security patch on the test device is from February 1st.

The 5G connection is very good, in the center of Berlin the OnePlus 9 Pro achieved an impressive 998 megabits per second (Mbit / s) in the broadband measurement app of the German network agency, and expectations were also significantly exceeded with 74 Mbit / s when uploading. Wifi 6 and Bluetooth 5.2 are standard in a current top device.

When it comes to cameras, OnePlus smartphones have always delivered good, but not excellent, results in the past. That changes with the OnePlus 9 Pro. The extent to which the cooperation with Hasselblad plays a role remains to be seen. The manufacturer says the classy camera manufacturer helped with the color calibration.

In any case, the optically stabilized 48-megapixel main camera delivers pictures with very natural colors. In addition, the images offer many details and beautiful contrasts. The notch is very fast and, thanks to a special HDR technique, produces excellent results extremely quickly, even with complicated light mixes. This also applies to videos in which she manages light changes with almost no delay. The night shots of the main camera convince with their restrained brightening and a quite natural mood.

After asking users, OnePlus has also worked hard with the super wide-angle camera. With 50 megapixels, it keeps up with the main camera in terms of image quality and is characterized by sharp images even in the edge areas. In addition, it optically compensates for distortions at the edges and relies less on software correction. It is unusual that the super wide-angle camera is also great at night.

With the telephoto camera, OnePlus has contented itself with three times optical magnification. That’s probably enough for most users, and the camera’s photos are pretty good in daylight, too. In low light, however, it weakens quickly. The fourth camera with 2 megapixels only provides depth information for the artificial bokeh in portraits.

The bottom line is that the OnePlus 9 Pro turned out to be one of the best current smartphones in the test, and it doesn’t have to hide from the Samsung Galaxy 21+. It doesn’t quite match the competitor’s ultra model, but the Galaxy Monster also costs more than 1200 euros.

Users who pay attention to the price-performance ratio can save the Pro with the OnePlus 9 and thus 200 euros. The standard model has the same strong inner workings and its 6.55-inch 120 Hz screen is flat. It cannot regulate the frequency steplessly, but that hardly affects the running time. The slightly lower pixel density (402 ppi) cannot be seen either.

The simple OnePlus 9 has the same, powerful super wide-angle camera. The main notch isn’t quite as powerful on paper, but it’s actually hard to tell the difference. You can get over the fact that there is no telephoto camera on board, as well as the lack of water protection.

So far worst defeat for Trump in the US election dispute