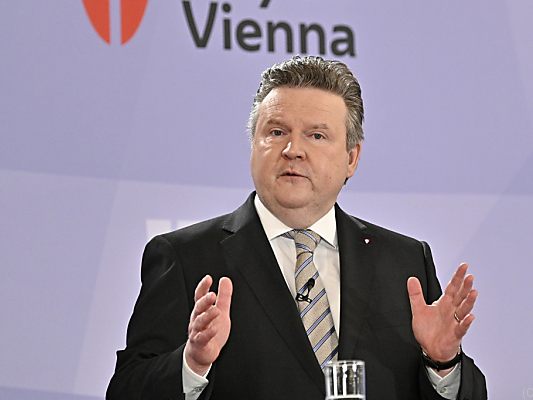 The talks between Health Minister Rudolf Anschober (Greens) and the eastern federal states of Vienna, Lower Austria and Burgenland on Tuesday evening drag on into the night. The reason is that it is serious action. From negotiating circles it was heard that not only a short “Easter rest” is being discussed, but a real two to three week lockdown for the entire eastern region.

Anschober, who is pushing for harsh measures because of the tense situation in the hospitals, said at the reception of Vienna’s Mayor Michael Ludwig, Burgenland Governor Hans Peter Doskozil (both SPÖ) and Lower Austria Governor Johanna Mikl-Leitner (ÖVP) that he would not agree ” Alibi measures “want to be satisfied. What is needed is a “package that really helps to curb the increasing numbers of infections”. Before the talks began, Ludwig spoke of an “Easter rest” that he could imagine personally, and in the afternoon he had indicated that there would be tightening.

Mikl-Leitner, on the other hand, urged in advance that trade remain open. According to reports, you should be on the brakes here the most. The Burgenland Governor Doskozil, who recently called for opening steps, should have become aware of the seriousness of the situation, it was said from negotiating circles. At the beginning of the talks he spoke of the need to protect the hospitals and intensive care capacities from collapse. Apparently, the experts described the situation in the hospitals much more dramatically than at the big summit on Monday in the Federal Chancellery.

The culprit is the spread of the more infectious and aggressive British variant. The health experts are therefore in favor of a hard, short lockdown in the east of the country. The epidemiologist Eva Schernhammer, who is a member of the government’s expert committee, said in ORF’s “ZiB2” that “decisive action” is now required – “action that leads to results”. “I would prefer a hard lockdown that is short but effective – and that would lead to a rapid drop in the number of infections.”

Complexity researcher Peter Klimek, who is also part of the official corona forecasting consortium, made a similar statement. “We are definitely running out of time,” he said in the “Presse” (Wednesday edition) with a view to the intensive care units. When asked whether a kind of “East Lockdown” would be needed, Klimek said: “If you want to put it in a striking way: Yes.”

In the run-up to the talks, even gentler measures than possibilities had been rumored. These ranged from an expansion of the (Gurgel) tests to an increased FFP2 mask requirement (e.g. also for kindergarten teachers and younger pupils or in company social rooms) to faster quarantine reactions in the event of positive test results in schools. After a positive case, the whole class could be sent to quarantine (currently only for two or more cases). Cross-border commuters must expect tightening of the validity of the tests to be submitted. There should also be appeals for better participation in contact tracing.

Before the big lockdown: Germany is back at the beginning –...

Transport – Stuttgart – Trains at the railway junction should also...

Despite Corona: Rush to ski areas again – miscellaneous things from...

Queen Elizabeth II: Shock to her cook – because of THIS...

Mitch McConnell accuses Donald Trump of provoking a storm on the...