Resellers of rare Lego collections deserve a golden nose. For the most exclusive sets you get up to ten times the original price.

Bitcoin boom, Gamestop share rally, gold rush – in the pandemic, some small investors cashed in overnight. Some of them also earn a golden nose with Lego sets. Some Galaxus customers achieve a profit of over 200 percent from reselling, as the Migros subsidiary writes in a press release.

Lego fans are prepared to pay many times the original retail price for rare kits that are no longer in production. The “Claas Xerion 5000 Trac VC” Technic set went to a new owner for 430 francs. That is 244 percent of the original Galaxus retail price.

According to Galaxus, the main requirement for a high resale value of the Lego sets is that the packaging of the kit is unopened and sealed. Lego Technic vehicles bring the greatest returns. On average, resellers achieve an 87 percent profit. The Lego Creator Sets with age recommendation of 16+ or 18+ are also profitable. They are resold on average 56 percent more expensive. Lego with Star Wars license usually brings a profit of 24 percent.

More returns with Lego than with stocks or gold

The “Imperial Star Destroyer” Star Wars model also achieved a return of almost 200 percent. The top 10 Lego sets with the best sales in the Galaxus second-hand market include four with a Star Wars license. (see picture gallery above). Galaxus examined 250 sales. On average, the Lego sets went to second-hand buyers with a surcharge of 21 percent.

The Russian economist Victoria Dobrynskaya also examined around 2,300 Lego sets from 1987 to 2015 for changes in value. On average, it recorded an increase of at least 11 percent – per year. In the case of small kits with up to 340 parts, it was even 22 percent annually. A Lego investment thus far exceeds other asset classes such as gold, bonds or the Swiss share index (SMI).

According to Galaxus, the creator sets from the “Modular Buildings” series are particularly exclusive. Connected together they form a city block. The first building in the series with the name “Café Ecke” was temporarily traded online for 2,000 francs. At the time of publication in 2007, the café cost just under 150 francs.

On relevant sites such as Brickpicker, Brickscout or on Ebay, the sets are sometimes traded and sold at significantly higher prices. Star Wars kits have already changed hands there for ten times the original price.

But the big profit cannot be achieved with every unopened Lego box on the screed. Because Lego has also recognized the potential of the rare specimens and repeatedly launches slightly modified new editions of the old classics. The manufacturer is bringing the high resale prices to a collapse, as happened with the “Millennium Falcon” from Star Wars.

Do you also have rare Lego sets that are worth a lot? Fill out the form below and send us photos of your rarest Lego collections.

Lego sets can be a very promising investment. Collectors can find individual parts in the first store for Lego replacement blocks, which opened two years ago in St. Gallen. The business with Pokémon trading cards can also be worthwhile. There is a huge hype among them, triggered by Youtubers and streamers, who celebrate the trading cards in their videos. Since then, the prices of the rare trading cards have risen to unimaginable heights. US rapper Logic bought a Pokémon card for $ 226,000.

Great-great-grandmother of Elizabeth II: Victoria’s funeral jewelry under the hammer

Elon Musk is looking for a colleague to calm critics

Buying a house in 2021: lending rates down, prices up? 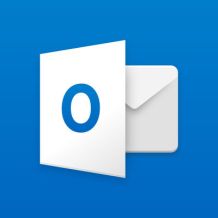 Microsoft wants to replace Outlook for Mac with a new universal...

FCN disappointed against St. Pauli! The live ticker for after...