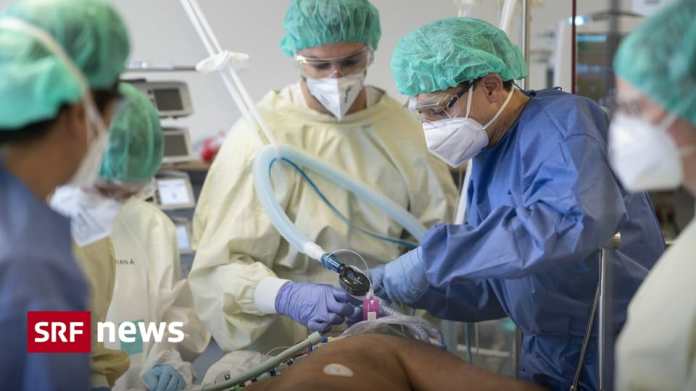 Severe courses in young people are rare, but they do exist. That’s a mystery. But there are first explanations.


Why some young people get seriously ill with Covid-19 while most others in their age group have mild disease is still an unsolved mystery. But gradually it becomes clear: the innate immune system plays a decisive role, says SRF science editor Katrin Zöfel.

SRF News: What does research say?

Katrin Zöfel: There is increasing evidence that at least some of the young people who are seriously ill with corona have defects in their innate immune systems. So in that part of the immune system with which we are born. This fends off pathogens that the body does not yet know – such as the new coronavirus SARS-CoV2, against which nobody was initially immune.

Nobody was immune to begin with, and yet many Corona infections are mild – that’s special, isn’t it?

Yes, that is a special feature of Corona. Apparently, a person with a mild course may have a very effective initial immune response. The obvious conclusion is that young people without previous illnesses or risk factors that are still surprisingly hard could have a deficit right there.

To investigate this hypothesis, a team of researchers in the Netherlands examined two pairs of brothers between their early 20s and their early 30s. All four became seriously ill, all had to be ventilated, and one died. The researchers searched specifically for male patients because, according to a survey in the Netherlands, six out of seven young patients with severe disease are male.

What was found out?

All four had defects in their genome in the TLR-7 gene, which means that the so-called toll-like receptor 7 is also defective. This recognizes virus genes and sounds the alarm if a potentially dangerous pathogen is in the body.

The signal from these TLR-7 receptors sets the interferon response in motion. Interferons are messenger substances that trigger very fast and efficient immune reactions. This first line of defense did not seem to work well in these four young men, so the viruses could multiply well and cause a severe course.

And why does it mainly affect men?

However, this one study is not sufficient to reach far-reaching conclusions.

No. But further studies also point in this direction. One from the USA, who examined the genome of several hundred patients with severe COVID-19 courses, and compared it with the genome of people with a mild course. Other genetic features were found. Some of these were also related to the interferon balance.

Does that solve the riddle of what will determine the course of COVID-19?

No, not for a long time. But it is clear that the very first defense, the innate immune system, plays a central role in sorting the first: here the mild, almost unnoticed course of the disease, and there someone who is not particularly good at fending off the virus right from the start.

The interview was conducted by Katharina Bochsler.

“I hated that about my career!”