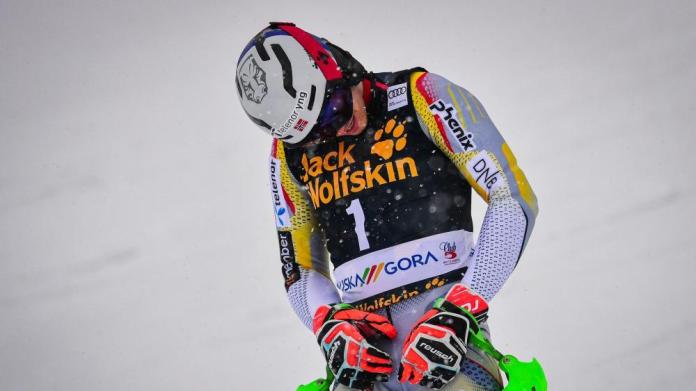 Henrik Kristoffersen has had a season of light and shadow. © AFP / JURE MAKOVEC

Henrik Kristoffersen has had a mixed season. Now some of his statements are causing trouble.

It was unmistakable and also unmistakable last winter: Henrik Kristoffersen had problems with his material. The Norwegian found it difficult to find his way around, especially on icy slopes, which he repeatedly made clear in interviews. With his outfitter Rossignol, he clearly didn’t necessarily make people happy. A Kristoffersen reaction brought the barrel to overflow.

At the World Cup final in Lenzerheide, the 23-time World Cup winner gave free rein to his frustration and raged when unbuckling his skis after the slalom: “These skis are so bad …” That caused anger at equipment supplier Rossignol – even if the Norwegian had previously emphasized that this statement was not intended for the public.

“Henrik has to stop speaking negatively about the material in public.”
Rossignol-Rennchef Stephane Mougin

“Even if it was not the intention that this comment landed in the media, I can not accept something like that,” said Rossignol race director Stephane Mougin to the Norwegian radio NRK. He had already spoken to Kristoffersen’s father and pointed out that “Henrik must stop speaking negatively about the material in public. Such matters should be clarified internally and not through the media. ”

The head of racing made Kristoffersen responsible

Mougin admits there are problems with the material. “It is obvious that something doesn’t work as it should for Henrik.” Nevertheless, the skis should not be fundamentally questioned because “we have proven with other skiers that the skis work.The race director also holds Kristoffersen responsible: “We expected more from Henrik. We will now give him some new prototypes for the next season. At the same time, he has to make sure that he is preparing for the Olympic winter as well as possible. ”

It remains to be seen in which direction the relationship between Kristoffersen and Rossignol will develop over the next few weeks and months.

“DSDS”: Mike Singer with disrespectful action against candidate at appearance

VW: Mysterious WhatsApp voice message is making the rounds – THAT...

“Am I smarter than Evelyn Burdecki?”: Surprised result in TV show

Nico Schulz at BVB: Between the last chance and the risk...

Shutout for debut: Bernard and the HCB celebrate a terrific victory...