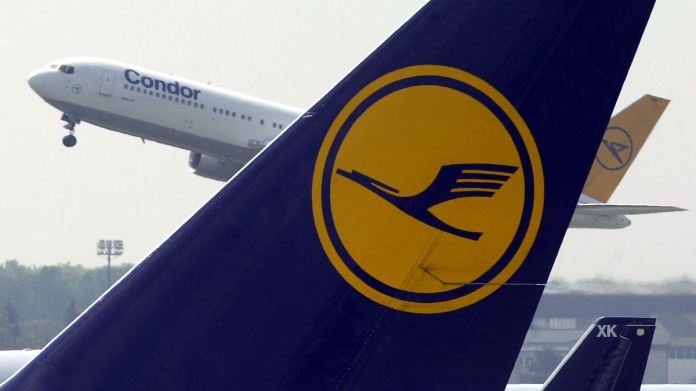 For a long time, shareholders hesitated whether Lufthansa should accept state money in the corona crisis. Now the airline is actually under political constraints: The EU is helping Condor in a contractual dispute and Germany’s flagship airline has to bow to pressure from Brussels.
Lufthansa gives in to the dispute with the vacation airline Condor over an agreement on feeder flights. “We are considering to let the contract with Condor continue to run for the time being,” said a Lufthansa spokesman for the Reuters news agency. “We weren’t aware that Condor was doing so badly.”

Lufthansa, supported by a government aid package worth billions, is reacting to pressure from the EU Commission. Competition Commissioner Margrethe Vestager complained to the federal government about Lufthansa’s actions against Condor, according to a report by the magazine “Spiegel”. The holiday airline, which was also kept afloat with public money, had filed a lawsuit with the EU court because of the termination with the aim of subsequently enforcing aid requirements for the Lufthansa rescue package. Condor also complained to the Federal Cartel Office.

From Condor’s point of view, the termination that will take effect in June is an abuse of a dominant market position. Condor is dependent on domestic feeder flights to fill its long-haul jets. Lufthansa, on the other hand, is still of the opinion that the termination of the contract is not legally objectionable, the spokesman continued. The crane line is urgently dependent on passengers for holiday flights itself in order to get through the corona crisis.

But according to the “Spiegel” Vestager is on the side of the Condor. She threatened infringement proceedings against the Federal Republic if the government did not stop the advance of Lufthansa. In a video call with Federal Minister of Economics Peter Altmaier and Federal Minister of Finance Olaf Scholz, the competition guardian also criticized the fact that Lufthansa had paid bondholders EUR 25 million in interest in February without informing Brussels. Payment could have been deferred.

Former nurse continues to struggle with consequences one year after Covid-19...