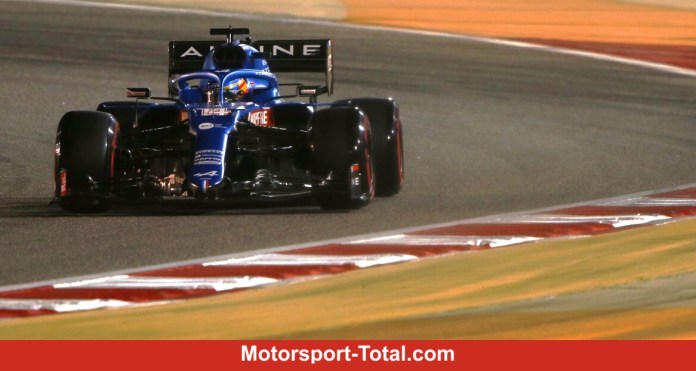 (Motorsport-Total.com) – Fernando Alonso is back, but has not yet become one with the Alpine A521. The two-time Formula 1 world champion explained this after qualifying for the Bahrain Grand Prix 2021 in Sachir (follow the free Formula 1 live ticker here!). O-Ton: “I lacked a bit of confidence in the rear of the car.” The weekend started “difficult”.

Fernando Alonso in the Alpine A521: The driver and the car have not yet become one

Alonso admits that he “probably didn’t expect P9 on the grid for the first race of the season”. Because not only the rear had bothered him, but also the deceleration of his Formula 1 car. “The braking performance,” says Alonso, “was very different from the tests.”

So the bottom line is that he is “satisfied” with his performance. “Before the first qualifying of a season you never know what to expect,” said Alonso.

Why Alonso went into qualifying with confidence

“Better than expected”, that means: Alonso was consistently in the top 10 in qualifying after spending a large part of the training in the second half of the timesheet, and behind team-mate Esteban Ocon.

Photo gallery: Formula 1 technology: The “fat” airbox of the Alpine A521 from Alonso

Just in time for qualifying, Alonso turned up and the team-internal order. At precisely this moment he felt the old Formula 1 passion, he says: “In qualifying, when you have tires that perform best on the first lap, with little fuel – you have adrenaline and fun Drive, but how! “

Many small “firsts” for Alonso in the race

The race (AD: Get the complete Formula 1 and the best live sport with Sky Q or stream flexibly with Sky Ticket. Without a receiver.) In this regard, Alonso admits “rather less”. “You have to take yourself back, in favor of the tire budget.” On top of that, there is a lot that the 2005 and 2006 world champion has to learn all over again in Formula 1 because he has not contested any grands prix for two years.

He also did not complete a complete racing simulation during testing. “57 laps in a row is another first for me.” At the end of this, however, there should still be a good result. “With points,” says Alonso, “I would of course be happy. A top 10 result is the goal.”

How much danger is there from behind?

Looking at the starting grid and, for example, Sergio Perez in the Red Bull, Alonso adds: “I know that some people with better pace are behind us. They are in qualifying [in Q2] tried to use medium tires but that didn’t work. So you’re probably faster. “

“But if we get off to a good start and the strategy works, then a top 10 result should be possible.”

One Sara puts pressure on the other

MMA Popeye Kirill Tereshin could lose his arms due to muscle...

Les Reines Prochaines: “I can’t understand why culture is worth so...

More and more British doctors and nurses are falling ill with...