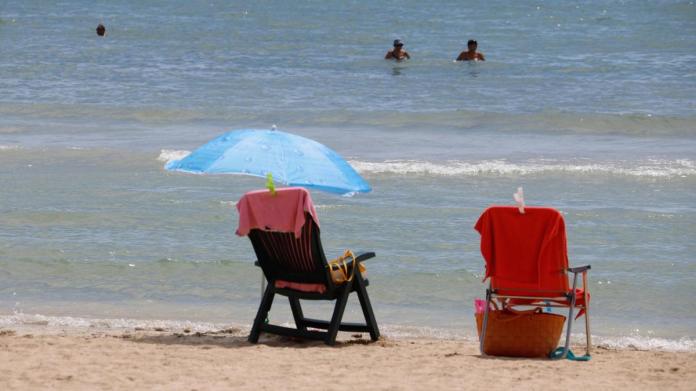 “First comes the food, then comes the morality,” says Brecht’s Threepenny Opera. Whether someone understands this sentence as an accusation or a description of their condition mostly depends on how full their own refrigerator is.

After a whole year without any significant turnover, the travel group TUI is figuratively gnawing at its starvation. CEO Friedrich Joussen had to face questions about his morals at the shareholders’ meeting.

At the digital shareholders’ meeting, a shareholder wanted to know from the TUI boss whether he could represent it, in the middle of the third Corona wave, to offer holidays in Mallorca: The damage to image may ultimately be greater than the income?

Joussen became clear: With regard to tourist travel during the pandemic, there are “clear international rules.” In the case of Mallorca, the incidence value is 20, the rules are strict and monitored. “I don’t understand why it shouldn’t be possible to travel there.”

Mallorca is not a party island this year

And he was basically: “The problem,” said Joussen, “is that Mallorca only ever sees the Ballermann.” The reality is currently completely different.

“Not a single shop is open at Ballermann,” said the TUI boss. Parties are strictly prohibited. What is happening now and over Easter on the island is “relaxing vacation, not a party vacation”. Hotel occupancy across the island is five percent. “Mallorca”, says Joussen, “is practically empty.”

Joussen has reason enough to talk nonsense. Advance bookings, not for Easter, but for the summer season are critical to the survival of his business. After a capital increase, state participation and high-interest federal loans of more than four billion euros, all financing options are likely to be squeezed out.

With the prepayments from customers for this year, the group could financially make ends meet despite the net debt of 6.4 billion euros – if the summer business starts again. Or better: if politics allows summer vacation.

That would be sufficient liquidity until the summer, it said. After all, you have reduced your own costs by 70 percent. Money also came in through the sale of the cruise company Hapag-Lloyd Cruises.

Compensation payments from the Boeing Group for the shutdown of the problem plane 737 Max also helped. This also allowed TUI to reduce its own aircraft fleet and postpone new acquisitions.

Nonetheless, like the pandemic, the outlook remains uncertain. The TUI board of directors refrained from submitting an annual forecast. If you had hoped to get back to 80 percent of the sales of a normal year this year, Joussen reduced the expectations again slightly to 75 percent.

It is true that bookings for the summer of this year at TUI across the group are “unchanged at an encouraging level of 2.8 million guests,” as it was said. But that is still around 60 percent below the comparable booking level for summer 2019.

This number also includes all rebooking and voucher redemptions from the previous year, i.e. trips that have long been paid for but still have to be made by TUI.

Nevertheless, the TUI boss conveyed optimism to his shareholders. He used the crisis to drive the transformation into a “digital platform company”. This includes the in-house development of “TRIPS”, a global core booking system for hotels, flights and package deals, which alone will reduce costs by more than 100 million euros annually.

A new, global hotel database will also make it possible in future not only to set prices for room categories, but also to price each hotel room individually. In this way, “every room is a product”, which gives customers the opportunity to book their individual “dream room” instead of just choosing one category.

Travelers want to treat themselves to something

The optimism is also based on the fact that this year, unlike the summer of 2020, vaccines from various manufacturers will be available, vaccinations have started and travelers will be able to use quick and self-tests.

“This is a clear step forward and is encouraging for everyday life and life in the European markets and for people and companies in the holiday countries,” said Joussen. “The increasing interest in holidays in the summer season is evident on all sales channels.” The holidaymakers are also prepared to indulge in more luxury: the average price per booking is 22 percent above the average of previous years.

In the German and UK markets in particular, vacationers are expected to have a lot of catching up to do. The safety and hygiene programs at the resort are said to be “the same high level as the measures taken by the governments in the European source markets.”

The strong pent-up demand and desire for travel in Great Britain is already evident in bookings for the summer of 2022 after next: These would be around 120 percent above the bookings made last year for summer 2021.

The corona lockdown last year caught TUI off guard in the middle of a high-altitude flight. The company had previously generated sales of 19 billion euros with around 27 million customers. At the end of last year it was less than eight billion euros.

For 2020, the company had originally forecast a high increase in sales of 20 percent, and the number of bookings in January 2020 was already 17 percent above the previous year. Then everything collapsed with the lockdown decisions in March. In the third quarter of the past financial year, TUI’s revenue shortfall was 98 percent.

ORF shows “The Simpsons” in Austrian

Remedy doesn’t like developing for two generations of consoles

“Snowfall and a team that won’t risk much”