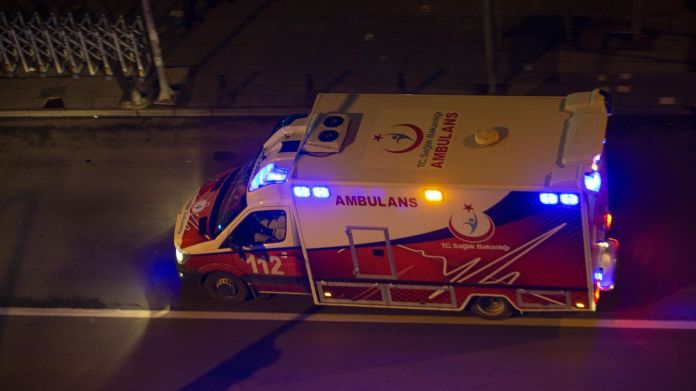 He kicks the lifeless woman in the head and body several times and hits her in the face: In Turkey, a man brutally attacked his ex-wife in front of their daughter. A video of the fact landed on the net and sparked sharp reactions.

A video of a man who brutally kicks and beats his ex-wife on the street in front of their daughter’s eyes caused horror in Turkey. The state news agency Anadolu reported that an arrest warrant was issued against the man on Sunday for attempted willful manslaughter.

According to Anadolu, the act occurred on Saturday evening in the northern Turkish city of Samsun. A video recorded from the window of surrounding houses shows the woman lying lifeless on the floor. The man kicks the woman’s head and body several times, hits her in the face, lifts her head and slams it on the floor. The five-year-old daughter stands by and screams. Local residents called an ambulance, according to Anadolu. According to official information, the woman is not in mortal danger. The alleged perpetrator was arrested that evening.

The video was shared widely on social media and sparked sharp reactions. The communications director of Turkish President Recep Tayyip Erdogan, Fahrettin Altun, described the act on Twitter as “brutality” that is angry. The case will be followed closely. The organization “We will stop feminicide” called for regulations to be implemented to protect women.

According to the organization, at least 300 women were killed by men in Turkey last year. In half of the cases, the partner was the perpetrator. A rally is planned in Istanbul on Monday to mark International Women’s Day.

Theme Park – Super Nintendo World: A Kingdom for an Installer

On Christmas Day: power failure in parts of Dresden

Stress increases at every age: How does lockdown affect the psyche?