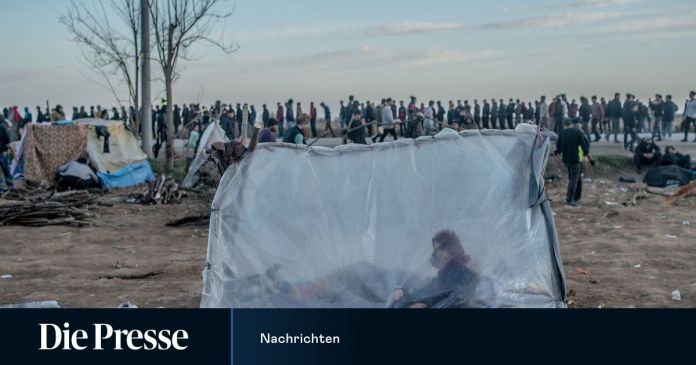 The Turkish Vice Foreign Minister wants to renegotiate the 2016 treaty. He would like to see a “strengthened” prospect of EU accession – and more money.

Five years after the refugee deal with the EU, Turkey has called for its “renewal” and expansion. The 2016 agreement must be “reconsidered in its entirety,” said Turkish Deputy Foreign Minister Faruk Kaymakci of the AFP news agency. He not only demanded confirmation of unfulfilled commitments, but also more money for refugee care in Turkey and support for the voluntary return of Syrians to their homeland.

The EU and Turkey signed the agreement on March 18, 2016, after hundreds of thousands of refugees came to Europe in 2015 against the backdrop of the civil war in Syria. Ankara undertook to take back all newly arriving refugees on the Greek islands without claiming asylum and to take action against gangs of smugglers who bring refugees to Greece via the Aegean Sea.

“Without our efforts, more than two million people would have come to Europe,” said Kaymakci. Turkey “stopped” 455,000 migrants in 2019 alone. Last year, 122,000 who tried to get to Europe despite the Corona restrictions were prevented from continuing to travel to the EU.

“These figures show the burden that Turkey bears,” emphasized Kaymakci. Because there are now 3.7 million refugees from Syria who need to be looked after. “That cost us more than 40 billion euros.” This is offset by the six billion euros that the EU pledged in the refugee pact.

Kaymakci called for “a fair burden-sharing between Turkey and the rest of Europe”. When it comes to refugee care, the EU must “keep its word and provide quick and appropriate financial aid”.

The deputy foreign minister responsible for European affairs also called on the EU to help with the voluntary return of refugees to northern Syria. The area has been partially occupied by Turkey since 2019. EU states are therefore skeptical about cooperation with Ankara.

The prospect of EU accession is to be “strengthened”

At the same time, Kaymakci insisted that the EU should finally fulfill its promises made in 2016: Turkey’s prospects for accession to the EU must be “strengthened” and “negotiations on the modernization of the customs union must begin immediately”. In addition, the EU must be “flexible” in the prospect of abolishing the visa requirement for Turkish citizens, “so that Turks can come to Europe unhindered”.

The EU has put talks on these issues on hold. The reason was the massive crackdown on opponents of President Recep Tayyip Erdogan after the attempted coup in July 2016 and Ankara’s refusal to change its broad anti-terrorist laws. In addition, there have been a number of conflicts with the EU in recent years, including the dispute over gas reserves in the eastern Mediterranean with Greece and Cyprus.

A “renewal” of the 2016 agreement is “in everyone’s interest,” emphasized Kaymakci. He hoped that these efforts would not be taken hostage “by the narrow-minded and irrational positions of one or two European countries”.

Los Angeles: University has to pay over a billion dollars after sexual harassment

EU summit: How short Merkel countered with the vaccine

Preliminary election result: Israel will not escape the stalemate

Italy: Tiktokerin in hijab goes viral with videos on discrimination

Suez Canal – Congestion at the needle ear of world trade

SPD party congress for the state election in Rhineland-Palatinate – SWR...

Folded curbs and median parties: This is how Berliners celebrated a...

Germany chooses the media of the Middle Ages

Berlin: car drives into the gate of the Federal Chancellery