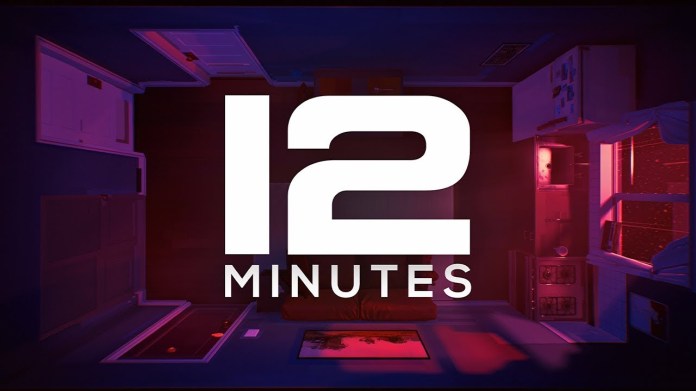 Since the first announcement trailer last year, it has become very quiet around the top-down thriller Twelve Minutes. But now the developer has spoken out and guaranteed a release this year. A more specific date is not yet known, but this statement is good news for all fans. Because Twelve Minutes not only promises an exciting plot, it is also excellently cast with well-known stars such as James McAvoy and Willem Defoe.

But what exactly can we expect in Twelve Minutes?

For the time being, the action starts calm and harmless. The protagonist spends a romantic evening with his wife, including a candlelit dinner. But this peaceful idyll is not permanent. Because suddenly a policeman breaks into your apartment, accuses your wife of murder and beats you to death. Now you will be set back exactly at the point in time at which you opened the front door. In the typical “Groundhog Day” manner, you are condemned to experience this terror over and over again in a twelve-minute loop. The only way out is to try to use your knowledge of what is to come to change the result and break the loop. Will you be able to save your life and that of your wife?

As you can already see in the trailer, you are only observing the game from a top-down perspective. This gives you the opportunity to pay attention to details that remain hidden from the protagonist. The whole story is based on well-known works such as “Shining” or “The Window to the Courtyard”. The combination of tension and claustrophobia ensures a unique gaming experience which, depending on your playing style, will last 15 to 18 hours. So far, both Steam, Xbox One and Xbox Series X have been confirmed as platforms, whether this selection will expand remains to be seen.

Leo DiCaprio so in love: “Camila is his dream girl”