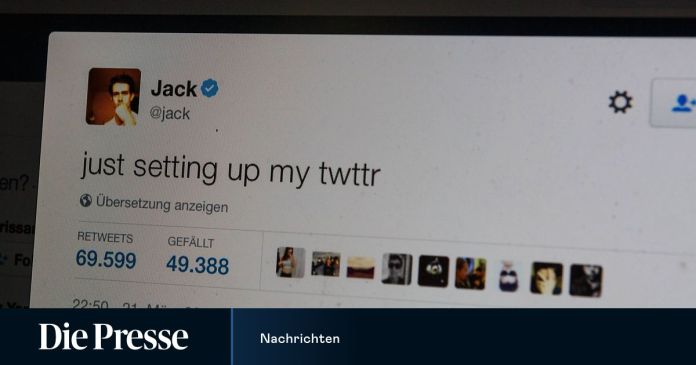 Twitter went online almost 15 years ago. The first tweet from co-founder and boss Jack Dorsey will now be auctioned as a digital copy.

Shortly before Twitter’s 15th birthday, co-founder and current boss Jack Dorsey is auctioning a digital copy of the very first tweet. Although the buyer basically only purchases an electronic signature while the Twitter message is still available online for everyone, the highest bid on Saturday was $ 363,000.

Dorsey wrote on March 21, 2006 “just setting up my twttr” (something like “I’m setting up my twttr”, as the platform was originally supposed to be called). The Twitter boss sells the copy as a so-called NFT (non-fungible token), the authenticity of which is secured with the blockchain data chain of the crypto currency Etherium. The blockchain is basically a database that stores all transactions with a digital item and is distributed across many computers on the network, which makes it forgery-proof.

NFT is currently experiencing a boom: digital works of art signed with them have sometimes been sold for several hundred thousand dollars.

Jungle Show: That’s why you know the celebrities from the last...

“Forbidden Love” star died: The cause of death is now known...