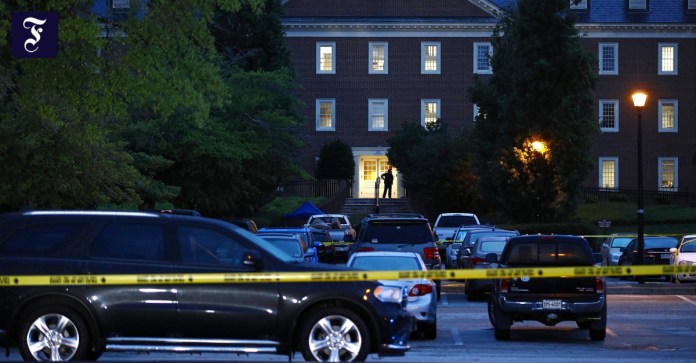 Police tape outside one of the crime scenes in Virginia Beach
Bild: AP

Again dead in gunfire in the United States: On Saturday night, police in Virginia Beach heard gunfire and found eight injured. A suspect was shot dead at a second crime scene.

BTwo people were killed and several injured in gunfire in the US state of Virginia. On Saturday night, police in Virginia Beach heard gunshots on their patrol and found eight injured, local police said on Saturday. A woman died at the scene of gunshot wounds. Shortly afterwards, the officers heard more shots nearby, said the local police chief Paul Neudigate in a press statement on Saturday night. A police officer found and shot a suspect at the second crime scene. Another police officer was hit by a car that night.

Neudigate spoke of a “chaotic night” with various crime scenes. The background of the acts are still unclear. It was also initially unclear whether the incidents were directly related to one another.

In the United States, there are regular fatal incidents involving firearms that are easy to buy there. In the past few days, two heavy gun attacks had rocked the country. A shooter killed ten people in a supermarket in the state of Colorado last Monday. A few days earlier, eight people had been shot dead in three massage parlors in and around Atlanta in the US state of Georgia. The attacks have rekindled the political discussion about tougher gun laws in the United States.