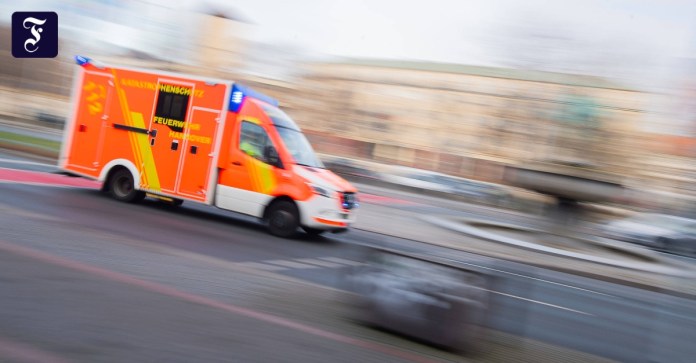 The police are still looking for two men who have knocked over a stroller. The infant inside was badly injured.
Image: dpa

Two men tried to take the mouth and nose protection off a woman with a stroller near Kassel. When she struggled, one of the perpetrators knocked the stroller over. The baby was badly injured.

Dhe police are still looking for two young men who are said to have knocked over a baby carriage in Korbach, west of Kassel, and seriously injured an infant. The six-month-old child is not in mortal danger, said a police spokesman on Saturday.

The baby was seriously injured after the incident on Friday afternoon and was taken to a special clinic by helicopter. The mother was slightly injured, but did not have to be hospitalized.

According to the woman, the two men had previously tried to remove the mouth and nose protection, as the police reported on Friday. When she resisted, one of the two perpetrators, described as 15 to 20 years old, is said to have kicked the woman, the other knocked over the stroller.

According to the police, the investigation into the background of the crime is ongoing.

Hornbach: In the new lockdown, the DIY stores are no longer...

Heidi Klum: your fans are horrified! Neymar transported away in tears in PSG defeat “I Failed”: Timberlake Apologizes To Spears