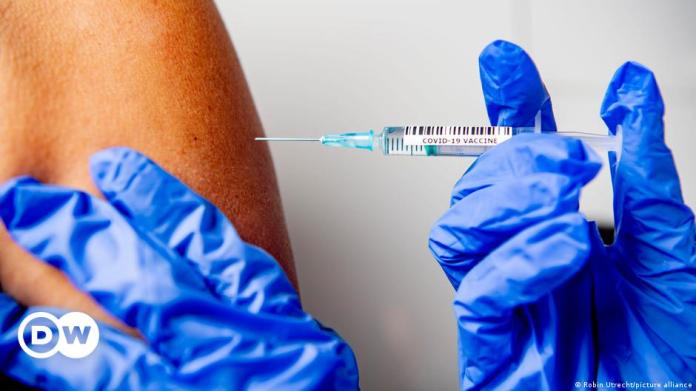 The Halix vaccine factory in Leiden, the Netherlands, has received overdue approval from the European Medicines Agency (EMA). AstraZeneca has been producing at full speed there for weeks. The British-Swedish group applied for certification for the plant to the EMA with a delay. The EU officials in Brussels cannot answer why this happened either.

But now the already produced AstraZeneca cans are to be delivered quickly from Leiden. It is unclear exactly what quantities are available there. The EU commissioner responsible for health, Stella Kyriakides, said in Brussels that the company must meet its obligations immediately: “We now expect the vaccines that are manufactured in this plant to be delivered to the EU member states in the next few days , as part of AstraZeneca’s contractual commitment and commitments to the citizens of Europe. “

The EU Commission accuses the vaccine manufacturer of failing to fulfill its contract with the EU. In the first half of 2021, 300 million vaccine doses should have been delivered to the 27 EU countries. After a considerable dispute with Brussels, AstraZeneca only promised 100 million cans. And according to the EU Commission, only 13 million vials with the much sought-after vaccine have actually been delivered to date. The fact that AstraZeneca fulfills its supply contract with Great Britain without delays is causing annoyance in Brussels.

Halix vaccine factory in Leiden: Millions of AstraZeneca doses are to be manufactured here

AstraZeneca’s next shipment could also include the 29 million servings of vaccine that Italian authorities tracked down this week at a bottling facility near Rome. The company claims that these cans were made by Halix in Leiden and brought to Italy for filling. There they waited for approval by quality control.

This could now be done quickly, as the Halix factory has all the necessary European approvals. According to AstraZeneca, around 16 of the 29 million cans will go to the EU countries. The remaining 13 million are earmarked for the COVAX vaccination initiative of the United Nations, through which 92 poorer countries are to be provided with the funds.

The EMA in Amsterdam assumes that the production and distribution of AstraZeneca vaccine in the EU can now be increased significantly. So far, AstraZeneca had three manufacturing facilities under contract, one in Belgium, one in the UK and one in the USA.

With the new rules to restrict vaccine exports, the EU Commission could now ensure that no vaccine from AstraZeneca’s continental European plants is delivered to Great Britain and Northern Ireland. The UK had received 21 million doses from EU production in the past few months, despite the fact that vaccine is also made in the UK and AstraZeneca is not fulfilling its contracts with the EU.

The heads of state and government of the EU therefore decided to put a stop to this. Until AstraZeneca has fulfilled its EU contract, nothing should be exported, except for recipient countries of the COVAX initiative. In addition to Great Britain, Saudi Arabia, Canada and Australia had also received vaccines from the EU.

The European Medicines Agency has also approved another Comirnaty production facility for BioNTech-Pfizer’s vaccine in the German city of Marburg. This means that this manufacturer can also expand production of its vaccine. BioNTech-Pfizer is unlikely to be affected by export restrictions, as the supply contracts with the EU Commission have so far been fulfilled. In addition, the EMA now recommends that BioNTech / Pfizer vaccine doses can no longer be stored at minus 70 degrees as before, but also at minus 15 to minus 25 degrees for two weeks. That would make the practical use of the vaccine easier and speed up the vaccination, announced the EMA. 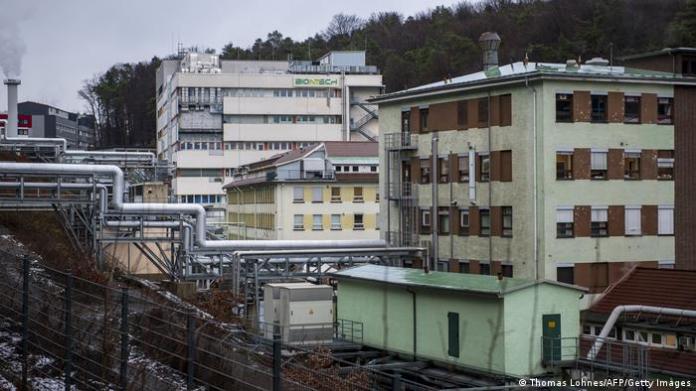 Medical experts in Brussels had long called for this step, because after all, the vaccine is used extensively in the USA and is only stored at minus 15 degrees. With the plant in Marburg, BioNTech-Pfizer now has four factories in the European Union. The company is expected to produce at least 500 million vaccine doses for EU countries by the end of the year.

Last week, the EMA had already certified a new plant for the production of the active ingredient from the manufacturer Moderna in Visp, Switzerland. The Medicines Agency announced that Moderna could also increase its production for the EU so significantly.

EU Commissioner Thierry Breton visited the production facility of the fourth manufacturer Johnson & Johnson in Sant Joan Despi in Spain. Breton heads the Commission’s vaccine working group and promised that 55 million vaccine doses would be shipped from this plant over the next three months. Another 120 million cans should follow in the third quarter of the year. The Johnson & Johnson vaccine has the advantage that a single injection is enough to protect against infection. 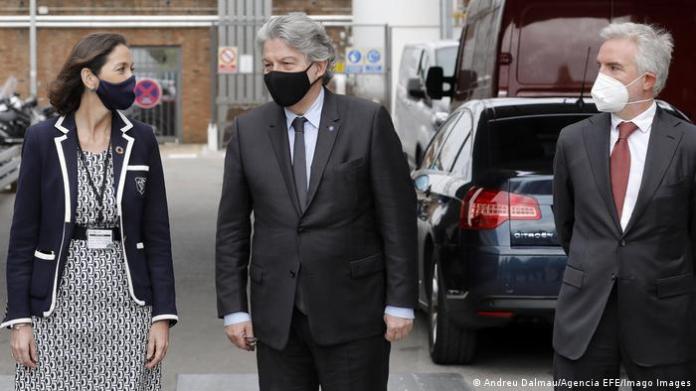 According to Breton, 52 pharmaceutical companies in the EU are now producing the various approved vaccines. By the end of the year, two to three billion vaccine doses are to be produced in the EU. This makes the region the largest vaccine manufacturer in the world.

The French Foreign Minister Jean Yves LeDrian, meanwhile, continues to tease Great Britain. The British are very proud to have vaccinated so many people with the first dose. “Now you have a problem with the second dose,” Le Drian said in a radio interview. He alluded to the fact that the available vaccine could become scarcer for the former member state Great Britain due to possible export restrictions in the EU.

The French Foreign Minister accused British Prime Minister Boris Johnson of “blackmail” for saying that the British economy would likely react to export restrictions by reducing investment in the EU. British newspapers this week accused the EU of “vaccination nationalism” and a “vaccination dispute” with the UK.

The European Medicines Agency EMA is currently examining the approval of the Russian vaccine “Sputnik V”. German Chancellor Angela Merkel had announced that if it were approved and bought jointly by the EU Commission, Germany would use it. A government spokesman did not accept political or ideological concerns. For Merkel, what counts is: “Vaccinate, vaccinate, vaccinate.”

Corona vaccine – vaccine approval in the EU probably before Christmas

Sick Emmanuel Macron turns to French with a video message

These are the reasons for the Bitcoin hype