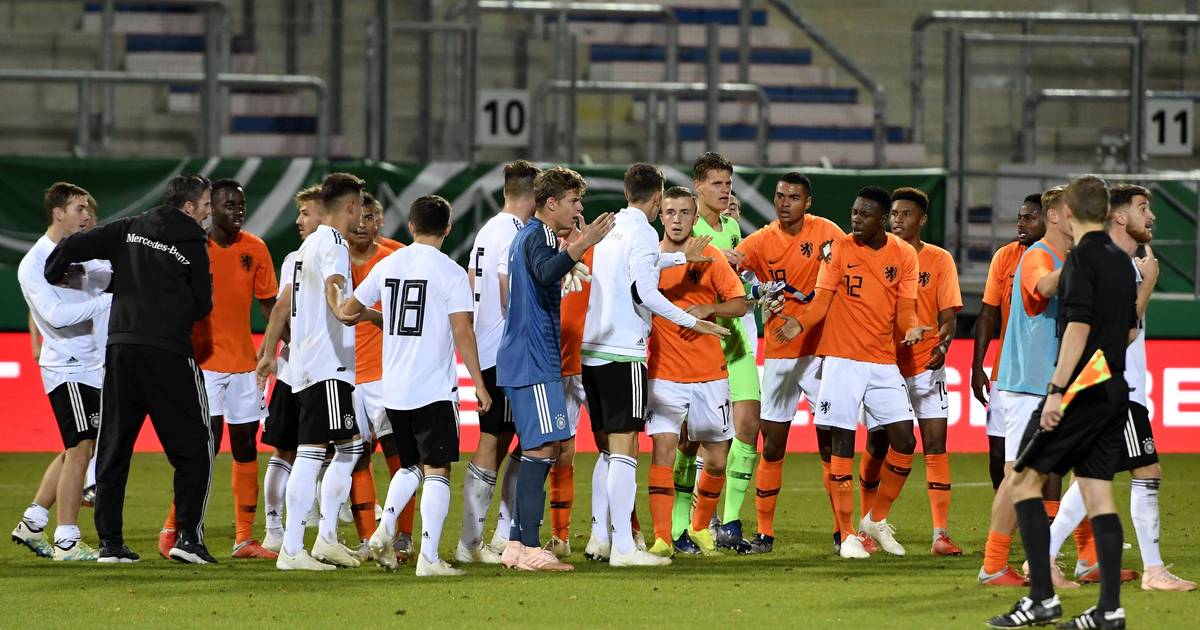 The German U21s can advance to the European Championship quarter-finals against the Netherlands – but this duel has more than just the usual sporting explosiveness.

“There was this incident that was reminiscent of Rijkaard and Völler,” said DFB coach Stefan Kuntz before the group game, recalling a scandal that is still present this Saturday evening: four players who were involved see then again.

It was on October 12, 2018, the test of the German U20s against the Netherlands in Meppen (1: 1) had just come to an end, when the Dutchman Jordan Teze spat in the face of German captain Salih Özcan “out of nowhere” (Özcan). (U21 EM: The table)

U21 EM: Main actors from back then

The brawlers Özcan, Teze, Zeefuik and Dorsch, as well as Finn Dahmen, who was in the gate at the time, are also part of the party in Szekesfehervar (9 p.m.) – and give them additional fuel.

“We had training today and Salih approached me and asked about it,” reports German midfielder Vitaly Janelt: “We’ll have to deliver the answer on Saturday. If we win, that’s enough answer.”

In itself it means that the matter is ticked off for everyone involved – but whether these insurances will survive in the heat of the game is the other question.

“I’m also looking forward a bit to such emotionality – to see how you deal with such competition,” says Kuntz.

Netherlands against Germany under pressure

From a sporting point of view, the situation is as follows: While the DFB team can get their ticket for the quarter-finals ahead of time with another win after the reassuring 3-0 kick-off against Hungary, “Jong Oranje” is under a lot of pressure. After the 1-1 draw against Romania, the team of coach Erwin van de Looi, which is considered to be one of the favorites, cannot afford another slip. (U21 European Championship: schedule and results)

This is also why Kuntz warns of the opponent. “When you see the names, you have to say: From the individual artists it’s cream, that’s really outstanding,” says the DFB coach in view of Oranje players like Justin Kluivert (RB Leipzig), Hertha’s Javairo Dilrosun, Sven Botman from OSC Lille or Zeefuik.

This is how you can follow Germany – Netherlands live on TV & Stream:

TV: ProSieben Maxx
Stream: ran.de
Liveticker: Germany – Netherlands at the U21 European Championship live on SPORT1.de and in the SPORT1 App

Equal on points with Tottenham: Liverpool wins again in front of...

The “digital green proof” will come from June … which is...