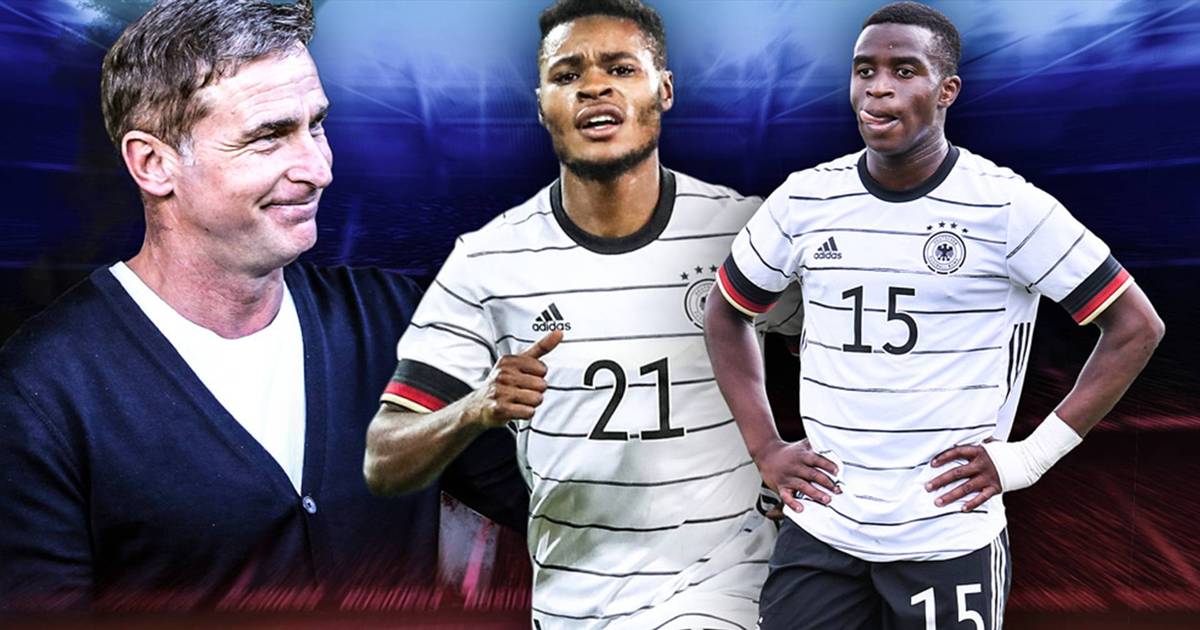 Before the “by far the most unusual start to an EM”, the German U21s are in a good mood despite all the corona obstacles.

U21 EM LIVE: The German team against Hungary

“We used the slogan ‘Special times, special team'”, said DFB coach Stefan Kuntz after the first, fun training session in Hungary: “Now we have to fill this sentence with life.”

The circumstances are indeed special. Only two days after arrival, things will get serious for the DFB team against hosts Hungary on Wednesday. A single team training session had to be enough before the first kick-off. Nevertheless, only one win counts against the blatant outsider Hungary in Szekesfehervar, Kuntz knows that too. The top game against the Netherlands follows on Saturday, when the 58-year-old sees his team in the role of outsiders (the schedule of the U21 European Championship).

Youssoufa Moukoko, the 16-year-old from Borussia Dortmund, is in the squad for the first time and could become the youngest player in German U21 history against Hungary (The German U21 squad). The youngster will not be used at the start.

“We had contact with Dortmund, so that everything is sorted out and there is no hectic. The physios and our doc say that it is better if he stays outside today. It is a muscle injury from the bruise, so we are optimistic that we’ll get it done in the next few days, “said coach Kuntz before the game ProSieben.

In goal, Finn Dahmen from Mainz 05 is given preference over Lennart Grill.

In addition to captain Arne Maier from Arminia Bielefeld, the regular tribe includes the Belgian legionnaires Lukas Nmecha (RSC Anderlecht) and Niklas Dorsch (KAA Gent), but also Salih Özcan from 1. FC Köln, Amos Pieper (Bielefeld) and Nico Schlotterbeck ( Union Berlin). Pieper emphasized in Hungary that he was “even more excited” about the European Championship “precisely because of” the difficult circumstances (the table of the U21 European Championship).

Sculpture by Jeff Koons stolen from the Frankfurt gallery | ...

After health test: China stops entry of WHO experts

Mass tests: “Even those not registered are welcome”

Carmen from the phone booth

FC Bayern Munich plays in the Bundesliga 3: 3 against Arminia...