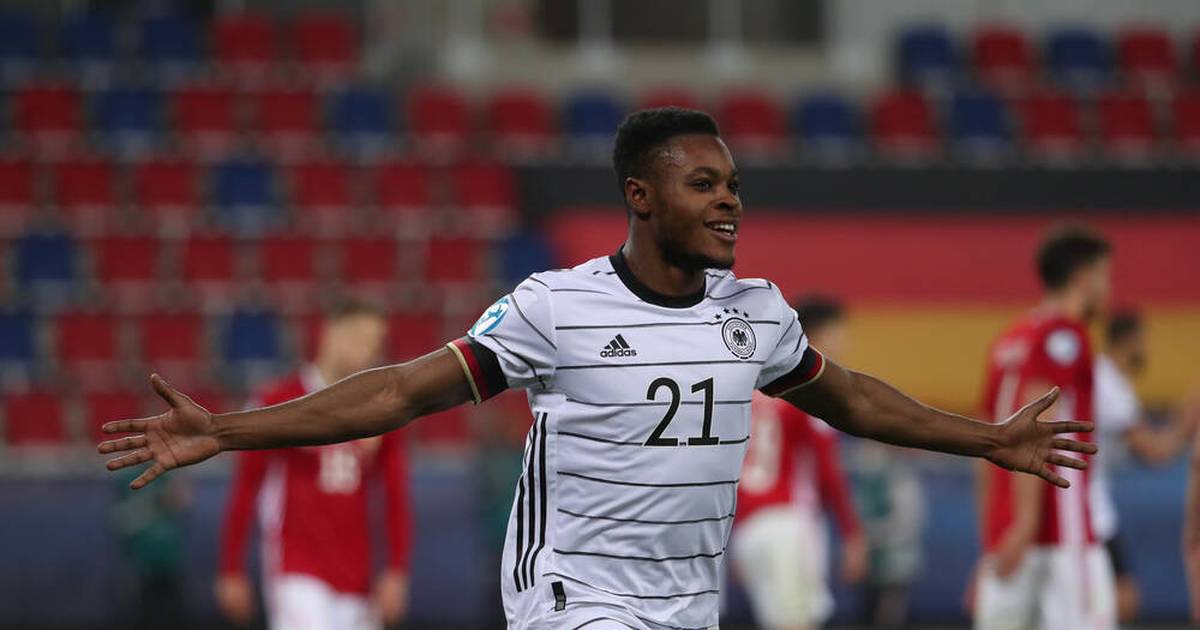 The German U21 national team needed one hour to get started at the U21 European Championship.

But then the DFB Juniors, led by Ridle Baku, played a bit of a goal frenzy. With 3: 0 (0: 0) the team of coach Stefan Kuntz won against co-hosts Hungary and underpinned their ambitions before the next game against co-favorites Netherlands. However, the Orange Juniors did not get beyond a 1: 1 (1: 1) against Romania at the start. (Schedule and results of the U21 European Championship)

Match winner Baku: “That was an exclamation mark”

“It was one of my nicest games I’ve played so far. I couldn’t have imagined it like that,” said match winner Baku ProSieben: “That was an exclamation point to the others too. We can be very satisfied with today’s performance.”

For Kuntz, the changes in the second half were the key to success. “We had too much contact with the ball, we made the game too slow,” said Kuntz, analyzing the first half.

After the restart, the German team changed the position of captain Arne Maier, after which the game went better. After the opening goal, you noticed “that there are still young people. That opened the door and then they play free football.”

BVB jewel Youssoufa Moukoko had to stand by and watch. The 16-year-old had suffered a bruise in preparation and was therefore absent. Coach Kuntz was optimistic about the further course of the tournament. (The tables of the U21 European Championship)

Driven again and again by the former Bayern junior player Niklas Dorsch, the German team took command from the start. The midfielder from KAA Gent also set the first signal with a long-range shot (13th), but missed the target by a few meters.

German U21 dominant, but luckless

If the Hungarians failed back pass, Lukas Nmecha was almost there, but goalkeeper Balasz Bese grabbed hold of the RSC Anderlecht striker (21st minute). As a result, dangerous scenes in the penalty area remained in short supply.

Long-range shots were therefore the method of choice against the compact defensive of the Hungarians. David Raum (25th) and Captain Arne Maier (28th) aimed too imprecisely.

Goalkeeper Finn Dahmen, who Kuntz preferred to Lennart Grill because of his gut feeling, was unemployed in the first round. Despite the oppressive superiority of the German selection and 72 percent possession, it went goalless into the cabin. (The squad of the German U21s)

After changing sides, the DFB Juniors increased the pace – with success. The ball landed on the right wing at Ridle Baku via Josha Vagnoman and Mergim Berisha. Nmecha effortlessly headed its precise flank from five meters (61st).

The Kuntz-Elf stayed inspired by the opening gate. Bese was initially able to fend off a distance cracker from Maier. However, the oncoming Baku (66th) found space with a sharp flank, who only had to keep his foot in from a short distance.

Berisha missed a dream goal with a long distance hit the crossbar (72nd), failed again shortly afterwards from a suspicious position on the crossbar, but Baku dusted off and scored his second goal of the evening (73rd). The DFB juniors also continued to play forwards in the final phase. Substitute Salih Özcan forced Bese to make a brilliant save (81st).

Racism allegations: waiting for a response from the royals

“Frankfurt is still too attractive for drivers”

Coronavirus: One death and 125 new infections in Mannheim