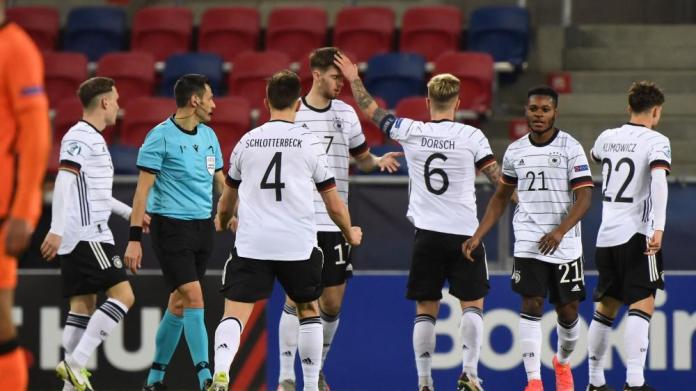 Germany saved a point in the closing stages against the Netherlands. © APA / afp / ATTILA KISBENEDEK

The German U21 national team retained a good chance of progressing to the quarter-finals at the European Championships.

The selection of the German Football Association leads the table of group A with four points. This means that the Kuntz selection has a top starting position before the group final against Romania on Tuesday for entry into the knockout phase, which begins at the end of May.

In Group B, Spain and Italy drew 0-0. This time the Azzurrini even saw 2 yellow-red cards (Scamacca and Rovella) after Tonali had already seen the traffic light card in the first game. In Spain, too, a player had to take a shower prematurely. In the table, Italy is third with 2 points, 2 points behind Spain and tied with the Czech Republic. On Tuesday, Slovenia will face promotion.

Burgtheater-Casino shows “The machine in me” on New Year’s Eve –...

WDR is in need of explanation after the racism broadcast

BR24Live: Lockdown until April 18th – No easing on Easter