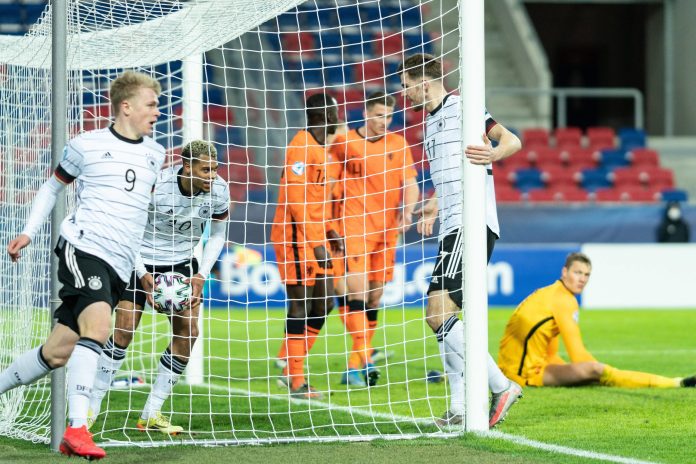 The German U21 national team fought 1-1 (0-0) in the second game against the Netherlands in Szekesfehervar in the European Championship preliminary round in Hungary and Slovenia and defended the championship lead in Group A. A draw in the last group game against Romania on Tuesday would be enough to advance to the quarter-finals, which will not be played until the end of May.

After Leipzig winger Justin Kluivert brought the Netherlands into the lead shortly after the break (48th), the former Wolfsburg Lukas Nmecha (FC Brentford) was able to equalize for Germany in the final phase (84th).

Coach Stefan Kuntz had shown a golden hand by substituting Jonathan Burkardt. The striker of 1. FSV Mainz 05 prepared the equalizer immediately after being substituted on.

Stefan Kuntz: “It was a very emotional game and a high level measurement in this age group. I am extremely proud of the way the team countered it. We didn’t give up until the end. That is really fantastic. It was a deserved draw at the end. “

The new “Lord of the Rings” book will be published in...

Vienna Caps won the duel for the ICE championship lead

Winterberg / Sauerland: Mayor wants to crack down on tourists

Ortega would be too good for Bayern’s bank