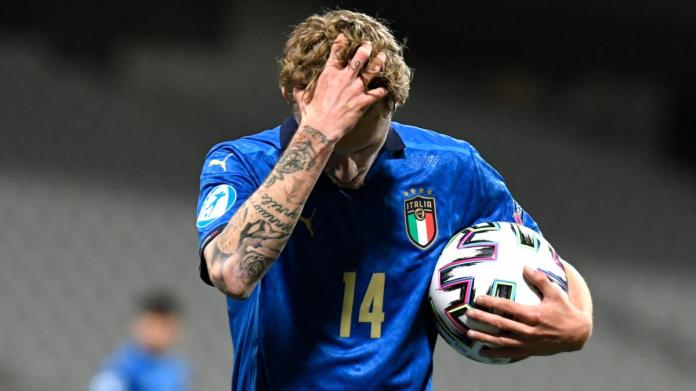 Soccer U21 European Championship against Spain

Two games, four sent off – the Italians’ record at the U21 European Championship speaks for itself. The most unfair action was done by Nicolo Rovella, who fell over himself after a headbutt against the opponent, provoking a dismissal. But that’s not all.

Oscar Mingueza no longer understood the world. Harm Osmers, the German referee, had just presented him with the red card. It was the third and final blow that he had to take within a few seconds.

Mingueza left the field four minutes early in the 0-0 draw of his Spanish U21s in the European Championship game against Italy. He cursed, was beside himself and loudly repeated the injustices that had just happened in the field.

The 21-year-old right-back of FC Barcelona was initially fouled by Gianluca Scamacca. The Italian had grabbed him in the face in a duel for the ball. And when Mingueza got up again, Scamacca’s team-mate Nicolo Rovella received him with a headbutt. The 19-year-old touched the Spaniard’s forehead. To Mingueza’s surprise, however, the perpetrator himself went down.

As if struck by lightning, Rovella sank down, held her head and screamed in pain. A brazen swallow from the Italian, which did not fail to achieve its desired effect in the confusing situation.

Scamacca’s foul had triggered a pack formation in which the referee apparently lost his bearings. Osmers showed Mingueza red after he had previously sent Scamacca off with yellow-red.

Even before the dismissals, Osmers had to issue seven warnings in the contested game. The strangest scene was yet to follow.

Actor Rovella paradoxically complained to Osmers despite the red card against Mingueza. Mind you, for a form of violence that never existed, as he himself knew best. And at least this stupidity was punished. Osmers showed the CFC Genoa midfielder because of complaining yellow-red.

A little bit of justice at the end of a heated game. Five minutes later, Osmers whistled off the 0-0. Italy, which was sent off three and four in the second European Championship game, still has every chance of reaching the quarter-finals as third in the table before the final group game against Slovenia. League leaders Spain a draw against the Czech Republic is enough to advance.

Sibling Love and Panic in the Wilderness – Movies to Stream

New study revealed – they are the drivers of the corona...

Change of playing style at LASK? “Want to adapt and... 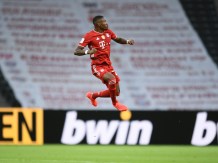 Alaba staying in Munich as good as impossible: Real apparently in...