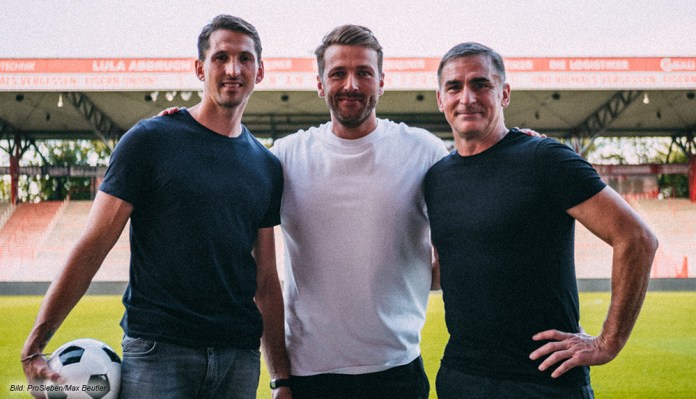 U21 and senior national team are getting in a little bit more of each other’s way these days than usual. Because where Jogi Löw’s team is only just beginning their World Cup qualification, a tournament is already underway among the juniors. ProSieben shows the game against Holland at prime time today.

After the opening win against co-hosts Hungary, a different caliber awaits the German U21s today: football nemesis Holland. The opponent is much more under pressure than the DFB-Elf. The first game of the Dutch against Romania ended only in a 1-1 draw. While Stefan Kuntz’s team can under certain circumstances (another draw in the game Hungary – Romania) qualify for the quarter-finals with a win today, Oranje may already face the end of this year’s U21 European Championship in Hungary and Slovenia.

Incidentally, the tournament is not only divided into two parts geographically. The aforementioned round of the last eight will not continue until the end of May. Nonetheless, ProSiebenSat.1 broadcasters and platforms show every game in the European Championship. The German games run in the main program at ProSieben, like today at 8.15 p.m. (kick-off at 9 p.m.). The other games are available on ProSieben Maxx and ran.de online. For example, the exciting duel between Italy and Spain can be seen there tonight.

The next and last group game of the German U21s against Romania can be seen live on ProSieben on Tuesday from 5.30 p.m. (kick-off 6 p.m.).

Androni team boss Savio on the Giro wildcards: “A shame”

These are the new corona restrictions in Germany

Frankfurt: Celebrate despite Corona – New Year’s Eve like James and...

Two-year-olds locked behind a fire door in Braunau