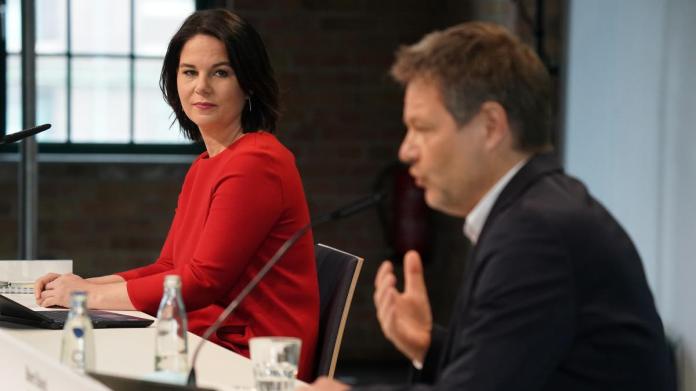 In a new survey, the CDU and CSU lose three percentage points, they only come to 26 percent. The FDP and the Greens can gain. With these values, a traffic light coalition would be theoretically possible – or black-green.

Dhe Union parties fall in the RTL / n-tv trend barometer by a further three percentage points to 26 percent. According to the broadcasters, the Union parties were so far down for the first time in February 2000, after the donation affair. The value was only worse in June 2019, shortly after the European elections.

The Union also has to accept losses when it comes to the question of the competence of the parties: The CDU / CSU loses nine percentage points within a week.

18 percent currently see it as the party that can best cope with the problems in Germany. Nine percent of the Greens think so, seven percent of the SPD and eight percent of one of the other parties. 58 percent do not believe any party has political competence.

For a majority capable of governing, 360 seats are required. Black-Green would have 376 seats, a traffic light coalition of the Greens, SPD and FDP would have 373 seats. Neither for the currently ruling coalition of CDU / CSU and SPD (together 329 mandates) nor for a green-red-red alliance (357 mandates) would it be enough to form a government.

Habeck and Baerbock on the question of Chancellor before Laschet

On the chancellor question, the CDU chairman Armin Laschet is losing support: his value, like that of his party, drops by three percentage points. His competitor for the Union’s candidacy for chancellor, Markus Söder, only loses one percentage point and has the highest approval rating of all currently conceivable competitors.

The decision on the Greens’ candidacy for chancellor is still pending. At the moment Habeck is doing a little better than Baerbock compared to Laschet and Söder as well as Scholz. Both have a slightly higher level of sympathy in women than in men. Habeck has somewhat more support than Baerbock among the Greens supporters – 60 versus 53 percent.

Senate wants to expand ban on firecrackers in Berlin

Unclear future does not affect Alaba

Podcast on VfB Stuttgart: Does the apprentice meet his master? ...