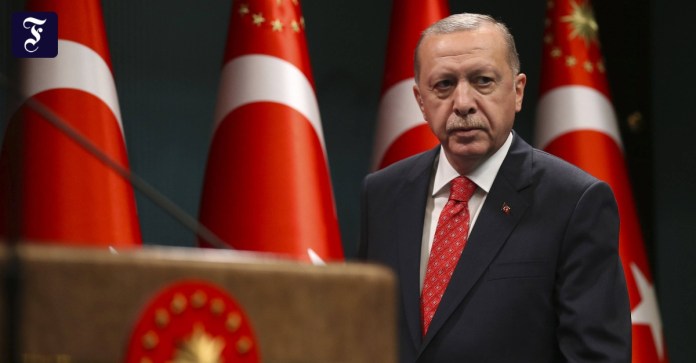 Dhe news from Turkey does not sound very encouraging. The coronavirus is making the next wave, the currency and stock markets devalue after ever new interventions by the erratically acting President, international relations remain tense – even if the EU recently waived threatened sanctions and Commission President Ursula von der Leyen President Recep Tayyip Erdogan on Tuesday after Easter in the palace in Ankara.

Business correspondent for Austria, East-Central and Southeastern Europe and Turkey based in Vienna.

In view of the escalating pandemic, he has again ordered curfews at the weekend in 58 of the 81 provinces that are marked as risk areas “red” on the Corona map, including Istanbul. Restaurant visits are prohibited nationwide for Ramadan, which begins on April 12th. Only delivery and take-away services are allowed to break the fast in the evening.

The vaccination campaign, preferably with Chinese doses, continues. From April 7th, employees in the tourism industry will also be included. The country, whose economic output is 12 percent dependent on tourism, does not want to lose another season. In 2020 the drop in guests was 71 percent, at the beginning of 2021 it hardly looks better.

Macroeconomic conditions have also deteriorated. At officially 12 percent, unemployment is not extremely high, but in the corona pandemic there is a repeated ban on dismissal. It remains unclear how things are really going on with the labor market and the already high level of youth unemployment. They are likely to underestimate the official figures.

There is more clarity about the strong rate of currency depreciation. The last official figure from the state statistics agency from February is 15.6 percent; the rate of increase for food was higher. There are reports of growing poverty and increased bread donations, many people felt the cost increases in their wallets when walking through the markets.

Another figure is also traced to the last Anatolian village: the exchange rate to the dollar. What has been reflected on the money changers’ electronic display boards in the past few days was not nice. Since Erdogan, out of nowhere, kicked the president of the central bank he had appointed in November a week and a half ago – who had raised the key rate to 19 percent two days earlier – the lira has devalued by more than 17 percent.

The stock markets went along with the slide. International financial groups such as Citi-Bank downgraded the emerging market’s portfolio from “overweight” to “equilibrium”. Sell-off on the bond markets too.

Deutsche Bank analyzes up to $ 1 billion from stocks and $ 750 million from local bonds in the past week alone, after Naci Agbal was kicked out of Turkey. And that was only the last high point in a long flight: With almost 90 billion dollars in stocks and bonds in local and foreign currencies, the commitment of international investors was at a historically low level, judges the bank. The numbers reflect the situation up until March 19th. Agbal’s deposition happened the day after. So the current situation looks worse.

Since then, like a firefighter, the new central bank chief Sahap Kavcioglu, a former bank manager and MP for Erdogan’s AKP party, has been trying to put out the fires: No, it is not imperative that the central bank lower interest rates in April, he told the Bloomberg agency, and yes, he is sticking to the inflation target of 5 percent. Meanwhile, Erdogan’s influential economic advisor Cemil Ertem denied to the Reuters agency on Monday that capital controls might be planned. They are not on the agenda “neither soft nor hard”.

“Cool idea” or “bottomless nonsense”? Skiers pound down the mountain...

Melissa is in love! Leander gets the last rose

Party leader against US President – first he used Trump –...