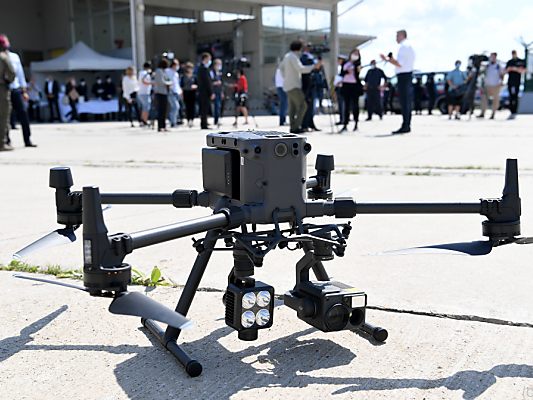 
The government relies on drones to secure borders
© WHAT

The Interior Ministry wants to increase the number of drones used for border surveillance. The remote-controlled aircraft used since the previous year are to be added by the summer of 23, and an increase to a total of 90 is planned by 2023, said Interior Minister Karl Nehammer (ÖVP) in a broadcast over the weekend. That should cost around two million euros.

According to the ministry, the police currently have 18 drones at their disposal. The majority, however, are less powerful models (including for recording after accidents). Only a handful are equipped with thermal imaging cameras, spotlights and range finders, as they are needed for border surveillance.

According to the ministry, they are to be used, among other things, to better recognize trucks used by tractors from above. According to the ministry, truck tarpaulins are increasingly being slit open from above in order to be able to transport migrants without the driver’s knowledge. In addition, drones are a decisive advantage in difficult terrain, said Nehammer in a broadcast.

For May 2021, Nehammer is planning a ministerial conference with his counterparts from Croatia, Romania and Bulgaria: “Smuggling is one of the largest branches of organized crime. The fight against smuggling must be carried out on several levels.”

Munich: veteran dies on New Year’s Eve of all times –...

Much praise for Draghi’s technical and political cabinet

“I would not have been taken as a brunette”

CoV vaccinations: South Tyrol brings up the rear in Italy

Home resident dies shortly after the corona vaccination in Weyhe