A new attempt is to be made on Saturday to get the stuck container ship free again. The shipping company is hoping for the tide. In the meantime, the US Army has also offered to help.

With the help of the tides, a new attempt is to be made on Saturday to get the container ship “Ever Given” stuck in the Suez Canal afloat again. Ten tugs are in use and sand is being dug up on the bank and at the bottom of the canal near the ship’s bow, shipping director Yukito Higaki said on Friday evening. It is hoped that the “Ever Given” will be released when the water sinks again after the flood. If that doesn’t work, you have to unload containers to make them lighter.

The almost 400 meters long and 59 meters wide container ship ran aground on Tuesday about six kilometers from the southern entrance to the canal. More than 200 ships were already waiting for a passage on both sides on Friday. After an analysis of ship data by the data service provider Refinitiv, more than 100 more were on their way there. Others have already accepted the detour around the Cape of Good Hope on the southern tip of Africa.

US Army offers to help

Given the ongoing blockade, the US Army has offered to help. “As part of our active diplomatic dialogue with Egypt, we offered the Egyptian authorities US assistance in reopening the canal,” said White House spokeswoman Jen Psaki in Washington on Friday. A team of experts from the US Navy could quickly be dispatched to the Suez Canal.
Talks with Cairo about US support were ongoing, Psaki added. US Central Command spokesman Bill Urban said the naval experts would be ready in the event of a request from Egypt. A central task of the Central Command responsible for the Middle East is the protection of the merchant ships in the region.

5 tips on how to succeed in a vegan diet

Microsoft is working on a uniform and redesigned Outlook app

Vaccination Ordinance: Now it is clear how Germany wants to vaccinate

What to do if a virus prevents travel 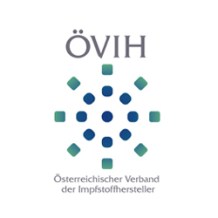