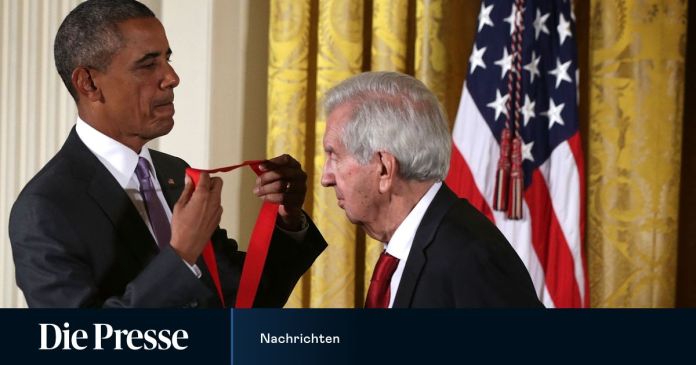 The Pulitzer and Oscar winner was 84 years old. He wrote dozens of well-known novels and screenplays.

The American writer Larry McMurtry, who won the Pulitzer Prize, an Oscar and a Golden Globe, is dead. Spokeswoman Amanda Lundberg confirmed his death to the New York Times and the Hollywood Reporter on Friday. McMurtry was 84 years old. The native Texan, who wrote dozens of novels and screenplays, was known for works like “Weg in die Wildnis” (Original: “Lonesome Dove”) and the script adaptation of the western “Brokeback Mountain”.

In 1986 he was awarded the prestigious Pulitzer Prize for the novel “Lonesome Dove”. The story of a cattle drive in the Wild West at the end of the 19th century was later filmed as an award-winning mini-series starring Robert Duvall and Tommy Lee Jones.

McMurtry was also the author of novels such as “The Last Picture Show” and “Terms of Endearment”, which became popular Hollywood films.

Frankfurt: Radler killed: Totraser gets away with probation *** BILDplus content...

Scandals are having an effect – grievances at the Zurich university... Internal security – Stuttgart – police in the country use ankle...