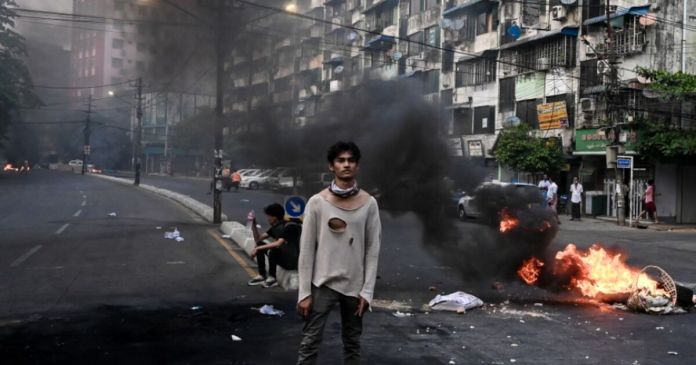 Washington has ordered the departure of non-essential diplomatic personnel from Myanmar. The US State Department announced on Tuesday that the recommendation on voluntary departure, which had already been made in mid-February, was “updated to an ordered departure.” According to activists, more than 520 people have been killed in the violent crackdown on the protests against the military junta in Myanmar since the coup around eight weeks ago.

So far, over 520 people have died in protests in Myanmar

The safety of US government personnel and their families is “the highest priority of the department,” said a spokesman. The embassy remains open to the public and continues to offer a limited number of consular services.

The UN Security Council wants to deal with the violence against demonstrators in Myanmar on Wednesday. Since the military coup, the junta in Myanmar has faced massive protests, against which it has used extremely brutal tear gas, rubber bullets and live ammunition. Despite the ongoing violence, demonstrators took to the streets on Tuesday to demand a return to democracy and the release of the disempowered de facto head of government Aung San Suu Kyi.

Situation in hospitals seems to be easing – Coronavirus –

Italy gets new government: 5-star members give Draghi their blessing

Nintendo Switch: Nvidia SoC is to get a new model with...